(170729) -- ALEPPO (SYRIA), July 29, 2017 (Xinhua) -- Muhammad Deeb, 65, stands with grandchildren in front of his shop in Ansari neighborhood, east of Aleppo city, northern Syria, July 28, 2017. The rebels had stayed in the east of Aleppo for five years before they evacuated in December of 2016. Seven months after the Syrian army took full control over the city, life starts to beat again through devastation and destruction in the area. (Xinhua/Ammar Safarjalani) (zjy) (Photo by Xinhua/Sipa USA) 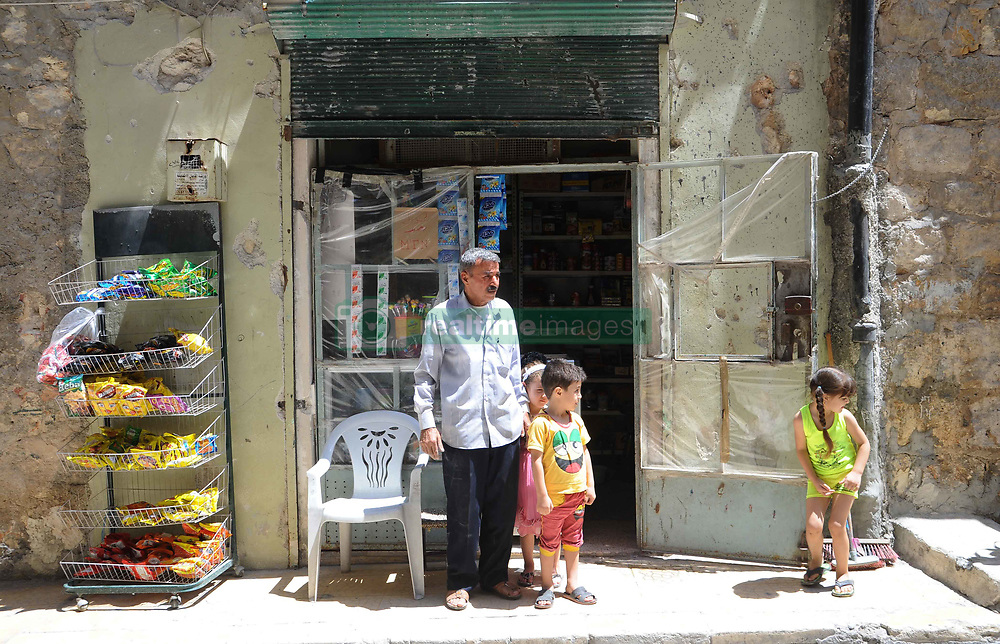