Theresa May must go protest

June 10, 2017 - Bristol, Bristol, UK - Bristol, UK. General Election 2017; ''May Must Go Now! Bristol March For Our Future'', rally on College Green, calling on the Prime Minister Theresa May to resign following the general election 2 days ago and the outcome of a hung parliament with the Conservatives having no overall majority and Theresa May seeking to do a deal with the DUP. The event was originally called before polling day on the themes of ''Bristol March for our Future'', ''No more cuts to Health, Schools, care for the elderly and disabled. No to attempts to divide us through racism.'' The event is supported by North Somerset National Union of Teachers, Bristol and District Anti Cuts Alliance, No to Bristol School Budget Cuts, Protect Our NHS, Fair Funding For Schools, Bristol Stand Up To Racism, Bristol Unite Composite Branch S/W. Picture credit : Simon Chapman/LNP (Credit Image: © Simon Chapman/London News Pictures via ZUMA Wire) 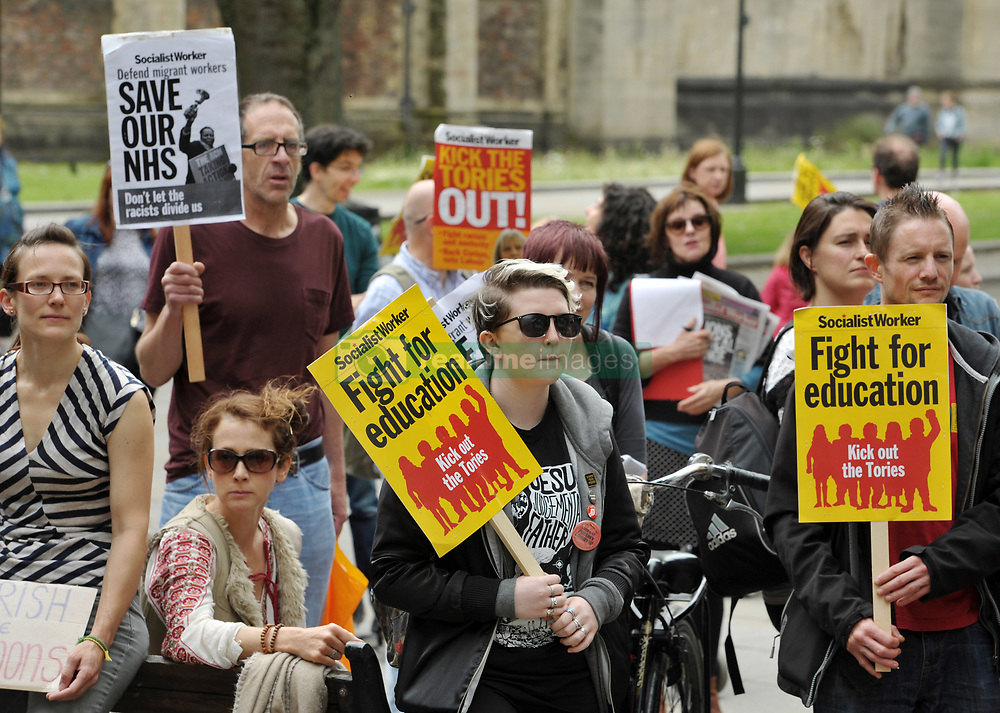