August 8, 2017 - Denver, Colorado, U.S - Swift fans and other people wait in line and take photos as they prepare to enter the courthouse for viewing the Taylor Swift Groping Trial against radio DJ David Mueller at the Alfred A. Arraj United States Courthouse. Swift, has said that Mueller, fondled her four years ago during a photo shoot before a concert in Denver. Mueller sued Swift, claiming she had falsely accused him and it cost him his job at a Denver radio station. Swift is countersuing for assault and battery. (Credit Image: © Matthew Staver via ZUMA Wire) 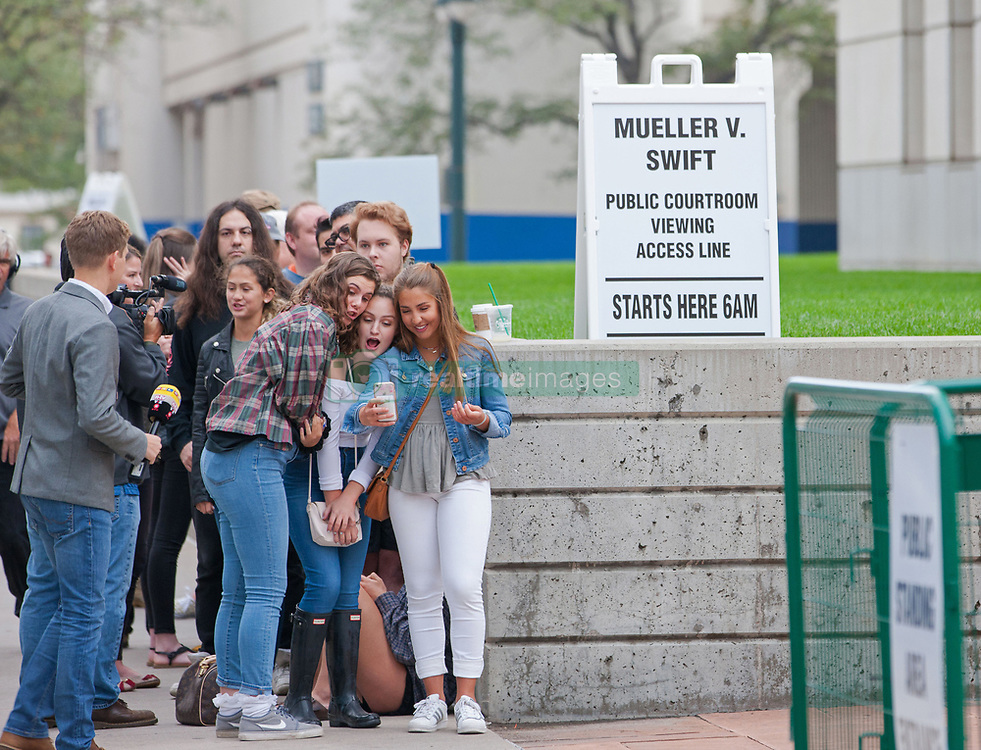