Jun 16, 2017 - Eugene, Oregon, U.S. - Exterior views of Whole Foods logo and sign. Amazon has acquired Whole Foods, a move that marks the e-commerce giant's official entry into the world of physical stores as well as groceries. It's Amazon's biggest acquisition ever, paying $13.7 billion in cash for the grocery chain, which now operates some 465 stores across the U.S. Amazon has grown into a retail behemoth and has has been tip-toeing into bookstores and experimental convenience stores. Those efforts led to speculation that Amazon eventually would make a major acquisition of a chain, rather than slowly build out its own stores. That acquisition ended up being Whole Foods. (Credit Image: ? Shalan Stewart/ZUMA Wire/ZUMAPRESS.com) 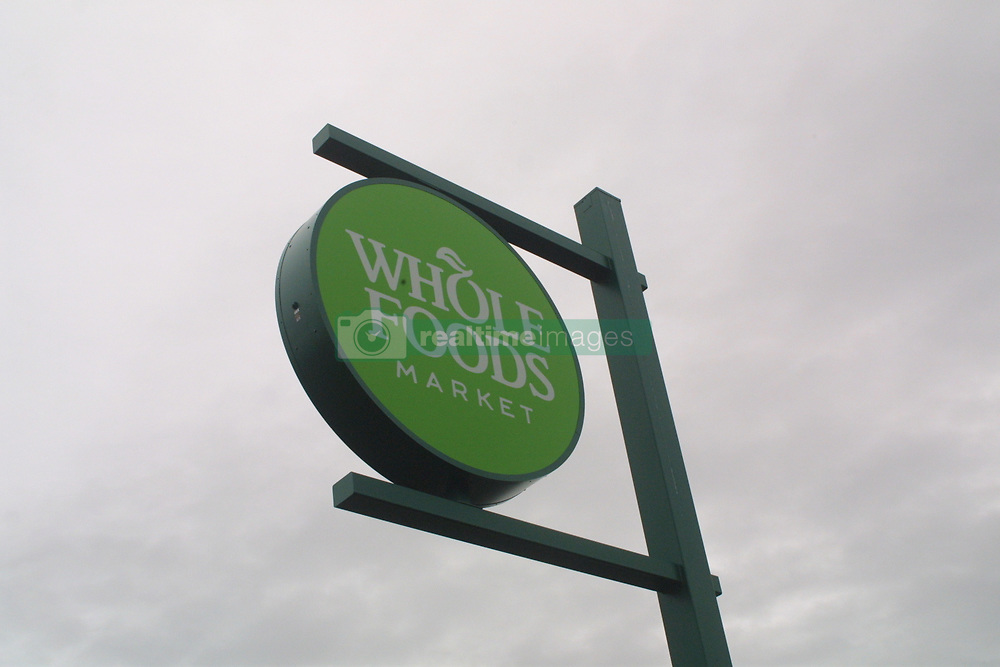