Jan. 14, 2013 - Bodh Gaya, Bihar, India - TIBETAN BUDDHISM IN EXILE..Thousands of Tibetan Buddhist Monks line up for a mid day meal during a break while on pilgrimage in Bodh Gaya, India. A religious site, Mahabodhi Temple Complex is a UNESCO World Heritage Site in Gaya district in the Indian state of Bihar., where Gautama Buddha was enlightened under the Bodi tree...Story Summary: Tibetan Buddhism is alive and well, outside of Tibet. The religion and culture of the Tibetan people is flourishing in communities around the world as exiled Tibetan spiritual leader the Dalai Lama has indicated ‰Û÷would not have happened this way if China had not scattered his people to the wind.‰Ûª After the Chinese communists invaded Tibet and severely oppressed the its people, thousands of refugees, including the Dalai Lama, fled their homeland for places such as Dharamsala, India, where many live with the Tibetan Government in exile along with, Bodhgaya, India and Kathmandu, Nepal. The culture is strong with new refugees breathing life into the old ways. Northern India is where the Buddha began his journey of enlightenment and is where much of this form of Buddhist teachings have taken hold. (Credit Image: © Eric Reed/ZUMAPRESS.com) 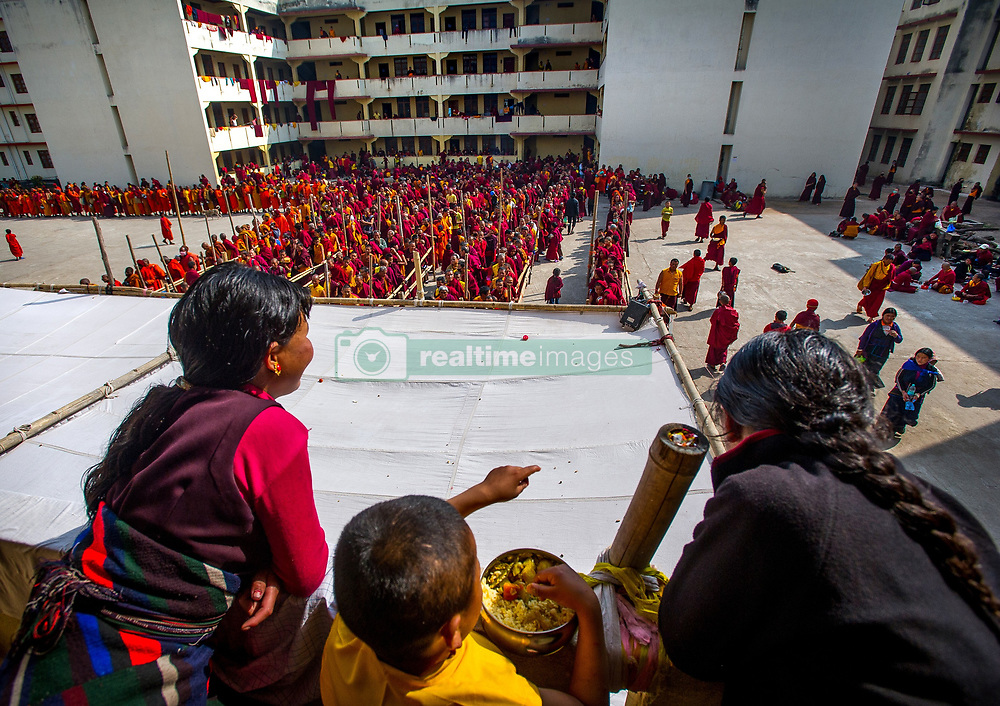