HEARTBREAKING - Mother loses three children by drowning says she had a dream about them drowning night before.. .The three children - Karn, 9, Beam, 7 and Praewa, 2 - all drowned while their mother Bunga, 34, was collecting lotus heads at Maha Sarakham in Thailand's north east.. .The youngest of the two children were given CPR in vain after being seen floating in the pond by a neighbour while divers had to retrieve the eldest who was submerged in the water.. .The mother said that she had taken three of her five children with her while she collected lotus to sell in the market. They were supposed to be playing on dry land but she said that they got distracted by a boy who was with them who said he had caught a large fish.. .Bunga said that the previous night she had had a dream that her youngest Praewa was drowning but she had managed to save her. On the bank was a man who was laughing and mocking her. She asked who he was but he didn't reply.. .It was just a dream, he said, and she thought nothing of it when she set out on the regular outing to the pond the next morning.. .The children were taken to Kosum Pisai hospital where a large number of relatives and villagers had gathered. When the father of the children, Rewat, arrived he broke down and fainted and had to be treated by hospital staff.. .There was a shocking scene at the hospital as the parents grieved for their lost daughters shouting for them to please come home. But it was too late..Â©Thai Rescue service/Exclusivepix Media (Credit Image: © Exclusivepix media via ZUMA Press) 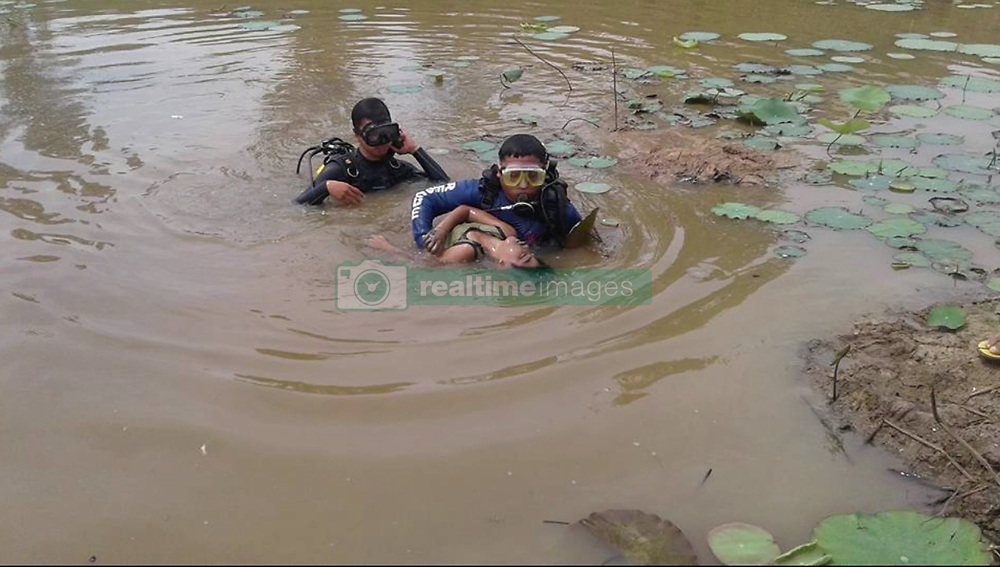