April 15, 2018 - SÃ£O Paulo, SÃ£o Paulo, Brazil - SAO PAULO SP, SP 15/04/2018 BRAZIL-FRANCO-CRIME-ONE MONTH-DEMO: People gather in Paulista Avenue, SÃ£o Paulo, Brazil during a demonstration marking one month of activist Marielle Franco's murder on April 15, 2018. The murder of Franco, a black Brazilian activist who fought her way out of the slums to become a popular councilor, made headlines around the world. The outspoken 38-year-old, who was a critic of police brutality, an advocate for minorities and the posterchild of a new type of politics, was shot dead on March 14 in an assassination-style killing with four bullets to the head. (Credit Image: © Cris Faga via ZUMA Wire) 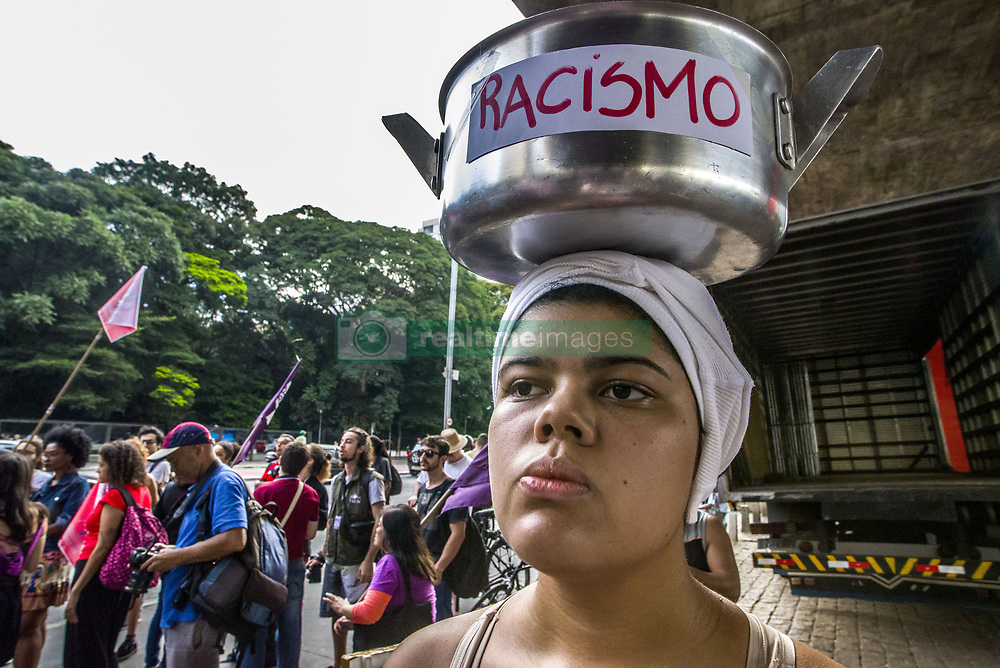