December 4, 2016 - Cannonball, North Dakota, United States - A water protector says ''hello'' to a surveillance helicopter. The Showdown at Standing Rock is a win for Native Tribes. The U.S. Army Corps of Engineers turned down a key permit for a the Dakota Access Pipeline that was slated to drill beneath the Missouri River and through sacred Sioux grounds. Many consider this a historic victory for Native Americans and climate activists who have protested the project for months. (Credit Image: © Michael Nigro/Pacific Press via ZUMA Wire) 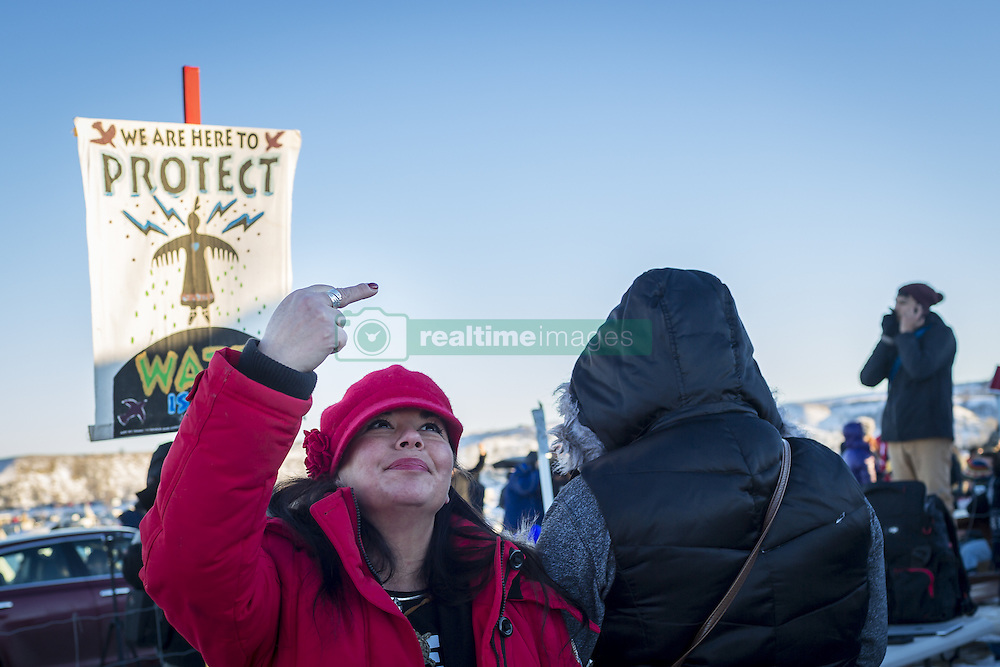