Dutch Prime Minister Mark Rutte receives United Nations Secretary-General Antonio Guterres in The Hague, the Netherlands, on December 21, 2017. In presence of among others United Nations Secretary-General Antonio Guterres and Dutch King Willem-Alexander, the International Criminal Tribunal for the Former Yugoslavia (ICTY) closed its doors after 24 years with a closing ceremony in the "Ridderzaal", or Hall of Knights, in The Hague on Thursday. Photo by Robin Utrecht/ABACAPRESS.COM 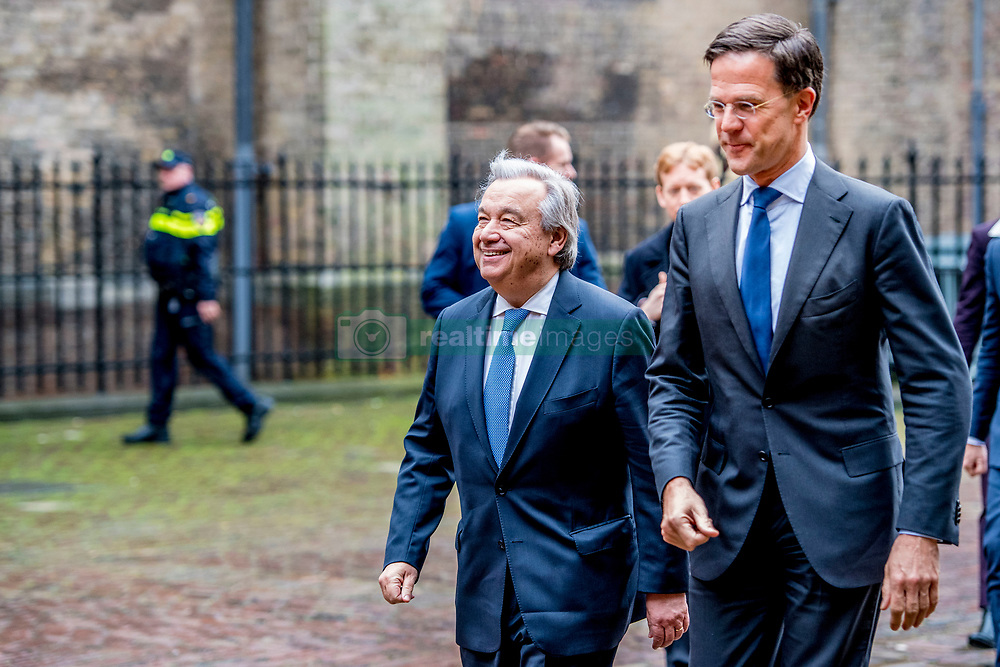