September 29, 2018 - Skopje, Former Yugoslav Republic of Macedonia - Macedonian national flag wave ahead of the Macedonia 'name deal' referendum, in the city of Skopje. A referendum is scheduled for 30 September in Macedonia on whether to change the country's name to 'North Macedonia', to endorse a name deal in order to end a long running dispute between Macedonia and Greece and qualify for NATO membership. (Credit Image: © Eurokinissi via ZUMA Wire) 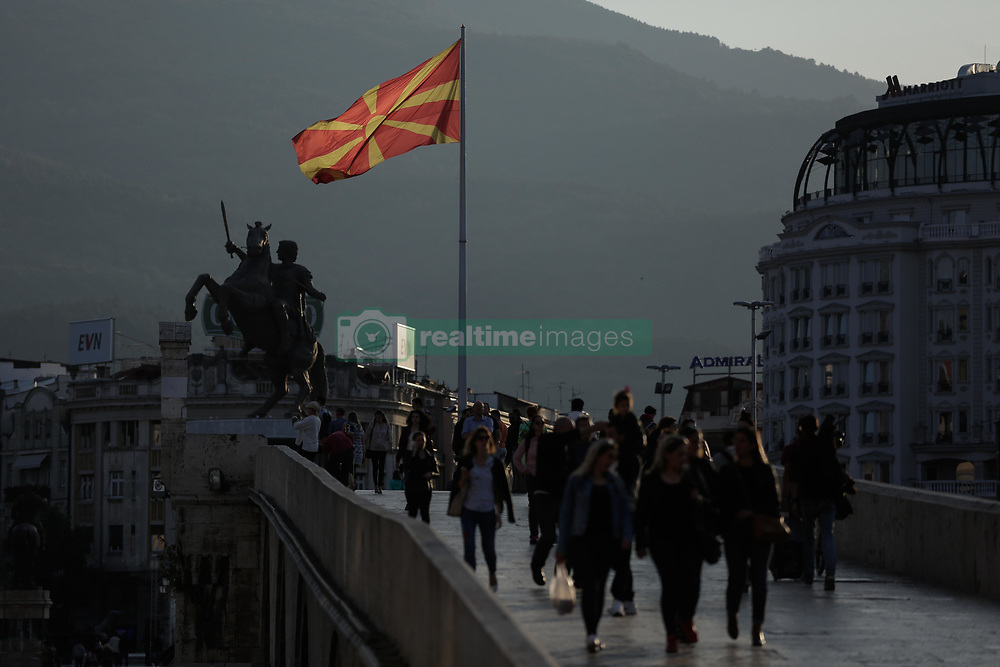