United States House Minority Leader Nancy Pelosi (Democrat of California), left, engages in conversation with US Senate Minority Leader Chuck Schumer (Democrat of New York) and US Senate Majority Leader Mitch McConnell (Republican of Kentucky) prior to the arrival of US President Donald Trump at a reception for US House and US Senate Republican and Democratic leaders in the State Dining Room of the White House in Washington, DC, USA, on Monday, January 23, 2017. Photo by Ron Sachs/CNP/ABACAPRESS.COM 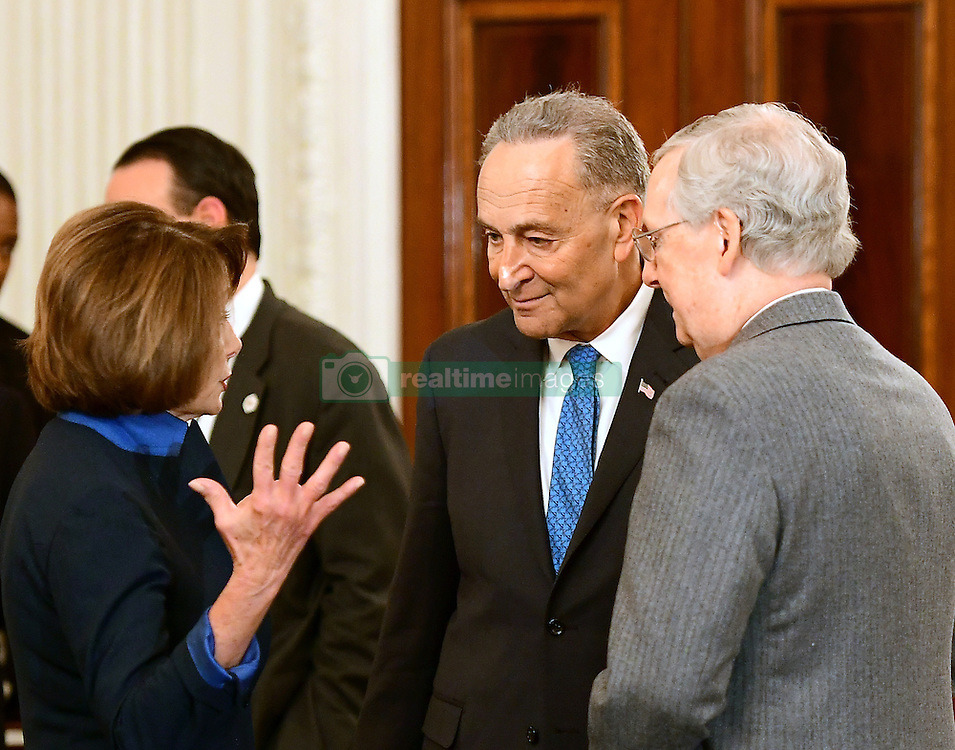