December 11, 2016 - Cairo, Egypt - Christians rally in the street outside the church of St Peter and St Paul in the Coptic Cathedral complex on December 11, 2016 in Cairo, Egypt. At least 25 people were killed and dozens injured after an explosion near the church. ..The blast at Egypt's main Coptic Christian cathedral killed dozens of people and wounded many others on Sunday, according to Egyptian state television, making it one of the deadliest attacks carried out against the religious minority in recent memory. (Credit Image: © Fayed El-Geziry/NurPhoto via ZUMA Press) 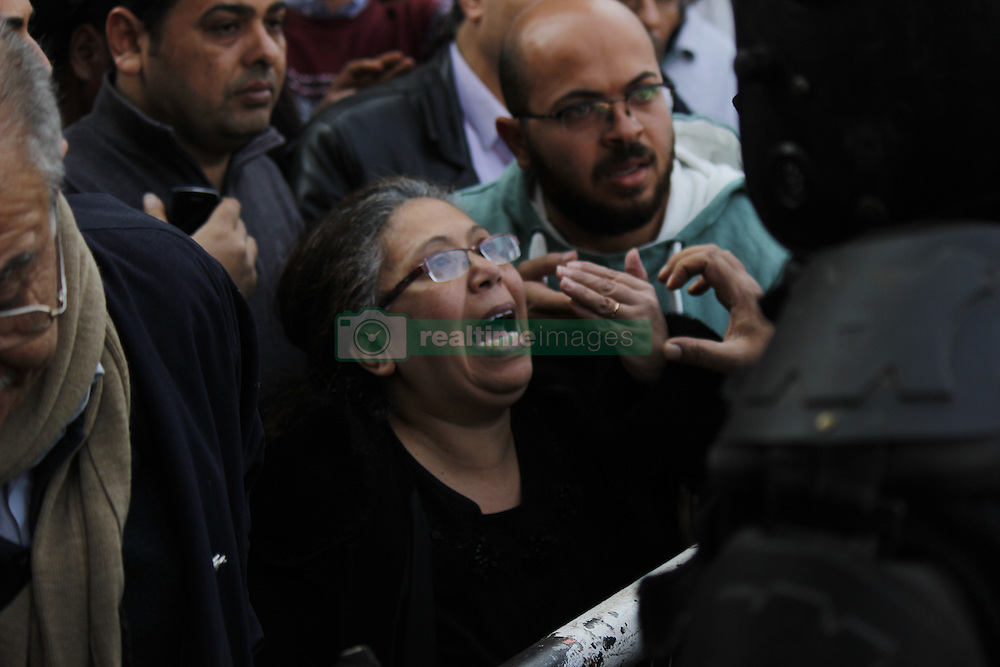