May 1, 2019 - Matochina, Bulgaria - A view of Bukelon fortress near the village of Matochina in Southeastern Bulgaria. Bukelon is the best-preserved fortress of the late Middle Ages in today's Bulgarian lands. The local population is trying to keep this unique fortress from the raids of people living in the nearby villages that break it down to build houses. Tens of years ago, many of the houses in the region were built with stones from the fortress, after which a program to preserve it began, and now many people have decided to take stones from there to build houses, fences and other buildings. Local residents also worry about the raids of refugees coming from Turkey because the fortress and the village are about 500 meters from the border. The height of the remains of the tower is about 18 meters and they represent a magnificent view, filling the panorama of the region. The tourist flow in the area has been drastically reduced due to their concerns about refugee entry and the danger of the collapse of the fortress as a result of its indiscriminate long-standing demolition. On April 14, 1205, the Adrianople battle took place in which Tsar Kaloyan's armies defeated the knights of the Fourth Crusade and captured the master of the Latin Empire Baldwin I Flanders. Photo by: /Impact Press Group/NurPhoto (Credit Image: © Impactpressgroup.Org/NurPhoto via ZUMA Press) 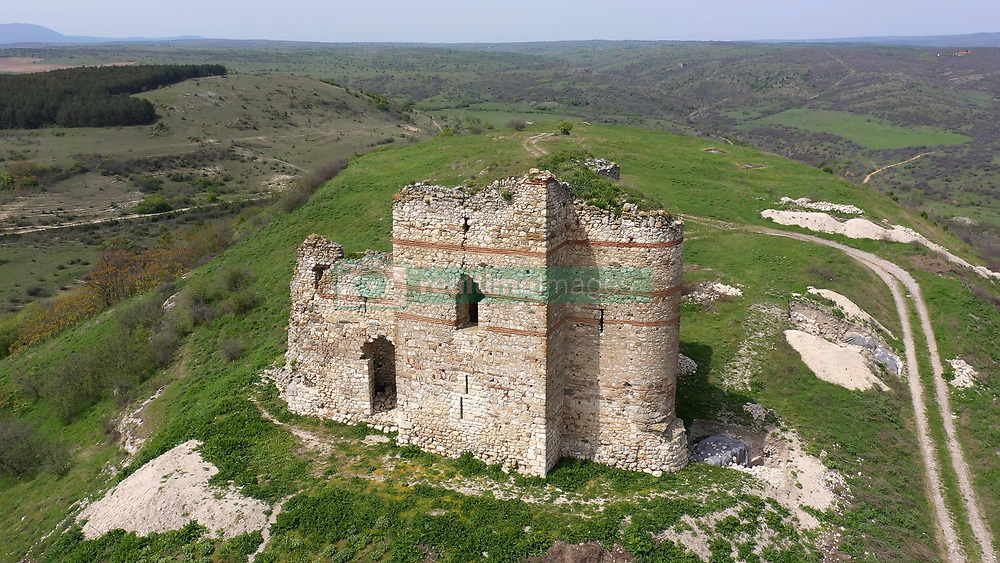