June 4, 2017 - Moscow, Russia - Moscow Buddhist center of Lama Tsongkhapa, opened in 2017.Tibetan monk Chusang Rinpoche from the monastery Sara May visits Russia with lectures on the foundations of Buddhism.Buddhism is gaining popularity in large cities of Russia as a kind of opposition to fastened rhythm of life.Many ethnic Russians turn to Buddhism nowadays. In addition, there are peoples in Russia of the Kalmyks, Buryats, Tuvinians, and others, who have Buddhism as a main religion.There are several different Buddhist centers in Moscow, but so far there's no datsan, although they talk about building it. (Credit Image: © Dmitry Ermakov/NurPhoto via ZUMA Press) 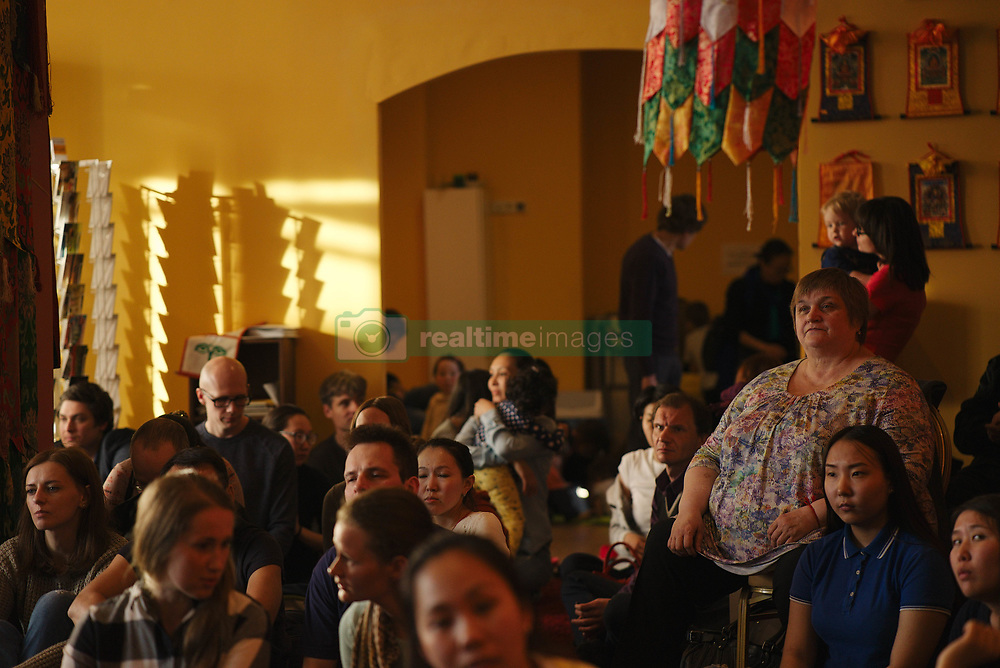