Is this the awful future of flying?

The latest cost-saving solution to pack passengers into airline’s cheap seats has been unveiled. Although the company producing them still call the draconian-looking devices ‘seats’ the near-standing slope could equally be termed air saddles. Unveiled this month at Hamburg’s Airplane Interiors Expo the ‘Skyrider 2.0’ is designed by Italian aerospace interior design company Aviointeriors Group. And while it might sound like something from Star Wars the Skyrider 2.0 has much simpler appeal to budget operators as according to the company it allows ‘an ultra-high density in the aircraft cabin.’ An Aviointeriors Group spokesman said: “Its main feature is the original bottom that ensures an increased upright passenger positon allowing installation of the seat at a reduced pitch, while maintaining an adequate comfort. “The design of this seat enables to increase the passenger number by 20% allowing increasing profits for airline companies. Furthermore, Skyrider 2.0 weighs 50% less than standard economy class seats and the reduced number of components enable minimum maintenance costs. No company has yet announced plans to adopt the Skyrider 2.0 but there has been an air of resignation around the subject of standing seats since Ryanair first expressed interest in a more punishing version of the Skyrider eight years ago. Ryanair’s plans for standing on it’s budget flights were thwarted by regulators who scoffed at the idea of standing-room only in 2012 before trials were able to start. 26 Apr 2018 Pictured: Is this the awful future of flying?. Photo credit: EM / MEGA TheMegaAgency.com +1 888 505 6342 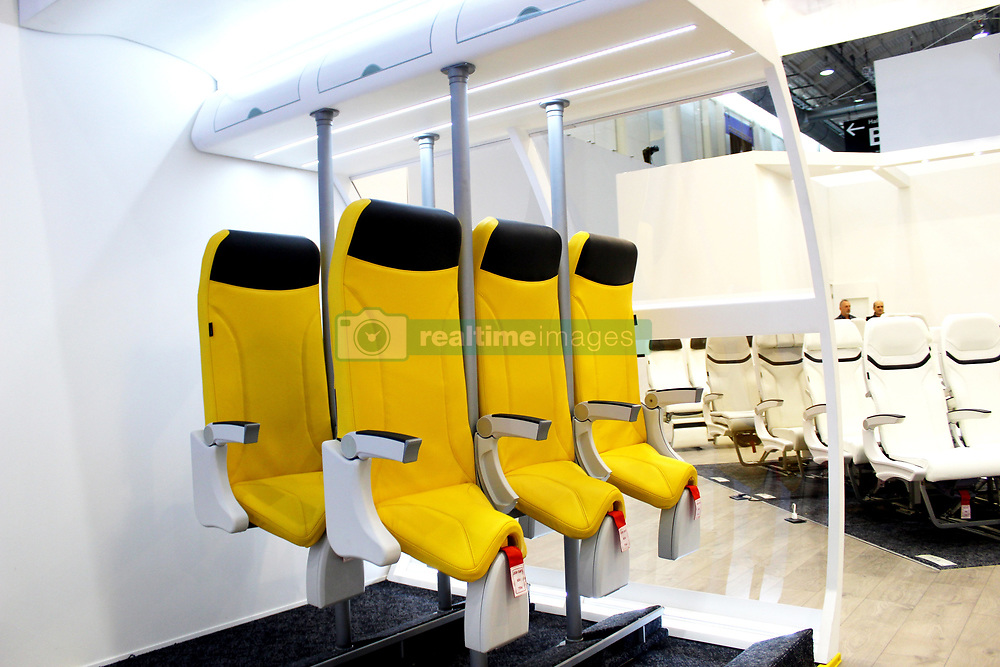