June 18, 2017 - Dhaka, Bangladesh - Hundreds of rickshaws are stuck in a jam on Dhanmondi in Dhaka, Bangladesh, June 18, 2017. Every year this very street sees a high number of the non-motorized vehicle ahead of Eid when the number of illegal rickshaws on city streets increases. About two lakh additional rickshaws have hit the city streets ahead of Eid-ul Fitr, causing massive traffic snarl-ups, with law enforcers opting to ignore the issue on what they unofficially say are humanitarian grounds. It is the time when poor people from different parts of the country flock to the capital in a desperate bid to earn some extra money before the religious festival. (Credit Image: © Suvra Kanti Das via ZUMA Wire) 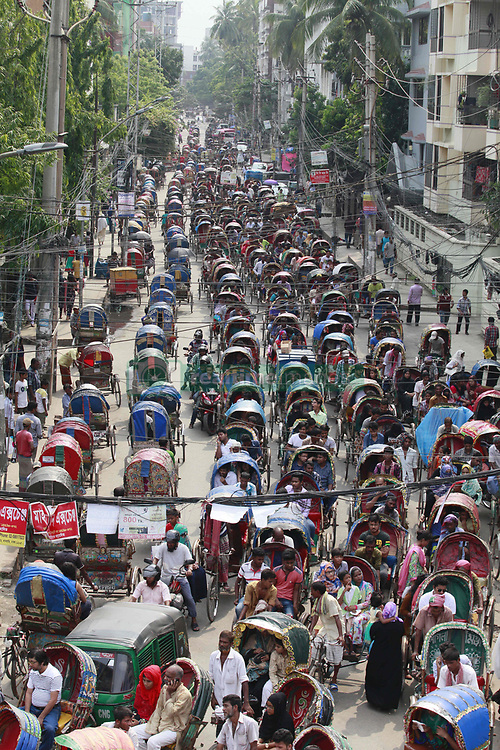