Pope Francis on September 14, 2016 celebrated Mass at Santa Marta, Vatican, for the French priest of Rouen Jacques Hamel who was murdered while celebrating Mass in his Parish Church by two men swearing allegiance to the so-called Islamic State in July. Pope said Jacques Hamel is part of the chain of Christian martyrs that runs throughout the history of the Church. To the congregation gathered at Santa Marta and which included Archbishop Dominique Lebrun of Rouen, along with 80 other pilgrims from the diocese, Pope Francis said that ‚Äòto kill in the name of God is satanic‚Äô. Photo by ABACAPRESS.COM/ RealTime Images 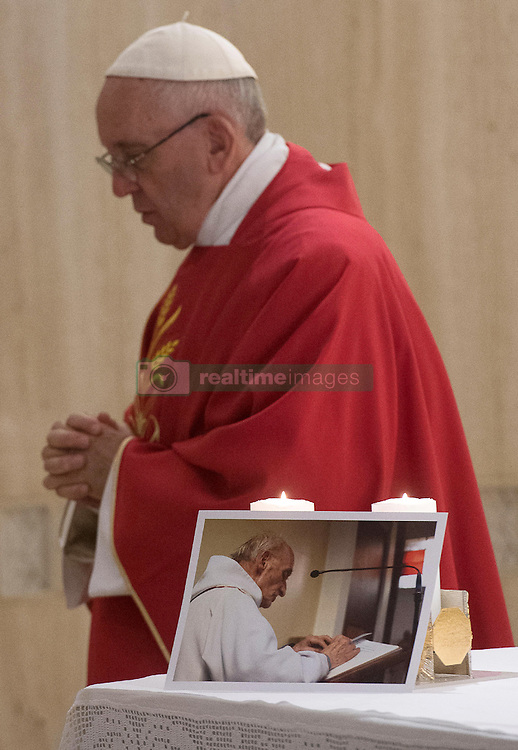