April 27, 2019 - Munich, Bavaria, Germany - Former Greek Finance Minister and famed economist YANIS VAROUFAKIS visited Munich, Germany while on tour for his DiEM Democracy in Europe Movement. The DiEM group is currently campaigning for the European Elections, set to take place from 23-26 May. Among the many themes tackled by Varoufakis, he discussed Brexit, strategies to combat populism, and future challenges of the Eurozone..Varoufakis was the Finance Minister of Greece in 2015 and stepped down after failing to reach a deal with the Troika on the countryâ€™s bailout program. In 2016, he and SreÄ‡ko Horvat founded DiEM25 in an effort to create a pan-European party to combat the rise of individual, increasingly nationalist and populist parties in Europe. The group has numerous celebrities among its ranks including Noam Chomsky, Pamela Anderson, and Brian Eno. Itâ€™s current membership stands at 97,000. (Credit Image: © Sachelle Babbar/ZUMA Wire) 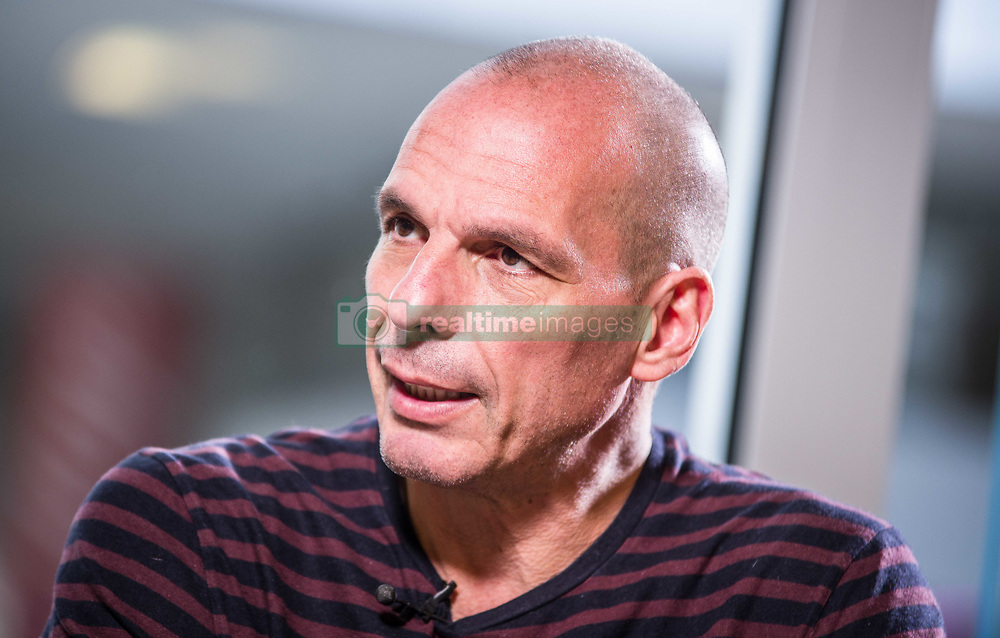