In this photo released by the National Aeronautics and Space Administration (NASA), NASA astronauts Robert Behnken, foreground, and Douglas Hurley, wearing SpaceX spacesuits, are seen as they depart the Neil A. Armstrong Operations and Checkout Building for Launch Complex 39A to board the SpaceX Crew Dragon spacecraft for the Demo-2 mission launch, Saturday, May 30, 2020, at NASAâs Kennedy Space Center in Florida. NASAâs SpaceX Demo-2 mission is the first launch with astronauts of the SpaceX Crew Dragon spacecraft and Falcon 9 rocket to the International Space Station as part of the agencyâs Commercial Crew Program. The test flight serves as an end-to-end demonstration of SpaceXâs crew transportation system. Behnken and Hurley are scheduled to launch at 3:22 p.m. EDT on Saturday, May 30, from Launch Complex 39A at the Kennedy Space Center. A new era of human spaceflight is set to begin as American astronauts once again launch on an American rocket from American soil to low-Earth orbit for the first time since the conclusion of the Space Shuttle Program in 2011. Photo by Bill Ingalls / NASA via CNP/ABACAPRESS.COM 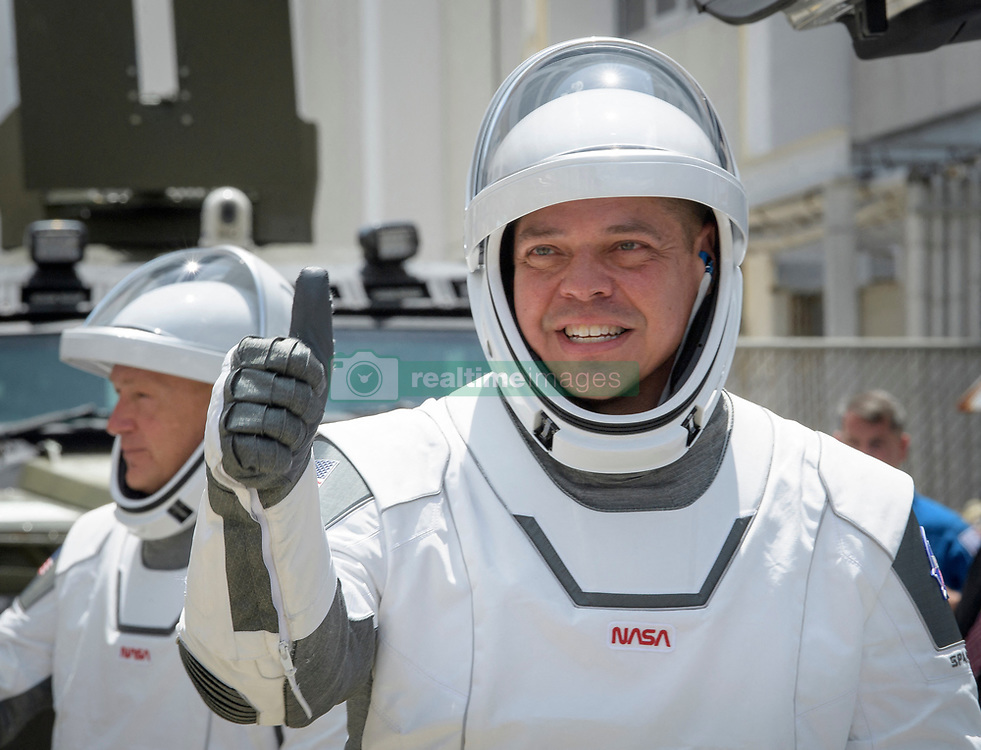