March 6, 2016 - Charlesville, Liberia - ''Those chimps are living things. They are us,'' says JOSEPH THOMAS. .KATHLEEN CONLEE with HSUS weeps with JOSEPH THOMAS, with LCR (Liberian Chimpanzee Rescue), a program of Humane Society of the United States, as they hold back tears on an island designated as new sanctuary to be built for the chimps. He was formerly employed by New York Blood Center which stopped all funding for food and water when they retired the chimps formerly used for experimentation. HSUS and NYBC came to an agreement recently in May 2017 after years of discussion about the care of research chimps NYBC had abandoned. In March 2016, a team from HSUS visits to view the situation. NYBC also refused to pay their original caregivers who had worked for the center and were abandoned as well. They initially used their own meager finances to continue feeding them. Over 60 chimps now live on six islands serving as a sanctuary run by Jenny and James Desmond to improve the dire situation in which the chimpanzees were left to die. (Credit Image: © Carol Guzy via ZUMA Wire) 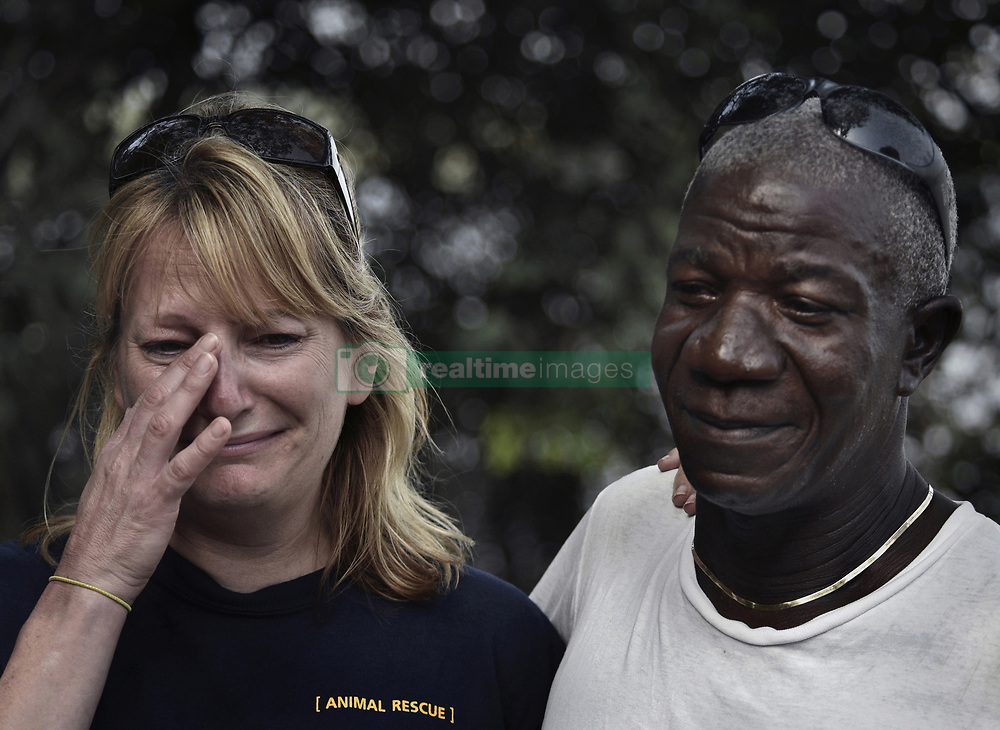