Joe Perez, 72, a retired sea captain, originally from Spain, is being sheltered by Night Shelters’ extended facilities in Somerset West, during the government-mandated lockdown in South Africa.
When the lockdown started on March 27, everyone was told to stay at home. The police asked Perez and a few other people he was staying with on the streets with to get ready for a bus ride to a central mass shelter here in Cape Town. But the buss never came, so the retiree was taken care of by Night Shelter here in Somerset West, he explains, today, Tuesday, April 21, 2020.
The retiree has been homeless for nine months, since he arrived in South Africa and was robbed upon arrival. His passport, money and credit cards were stolen. That’s why he ended up on the streets (or sand dunes) of South Africa, he explains. “That’s when I was robbed the first time,” he said. “And they kept robbing me. I’m old and I’m a soft target.”
Perez, who lives in Namibia, says he’s been waiting for his new passport to arrive by boat from Spain. It’s now at the embassy, and he hopes to retrieve it and a flight home to Namibia, where he resides, as soon as lockdown is over. While the heart patient very much appreciates all that the shelter staff has done for him, Perez never wants to come back to South Africa. “South Africa will never see me again because of the crime, the skollies, and the drugs,” he says. But Perez says he’s made two life-long friends on the streets whom he wants to bring home with him. PHOTO: EVA-LOTTA JANSSON 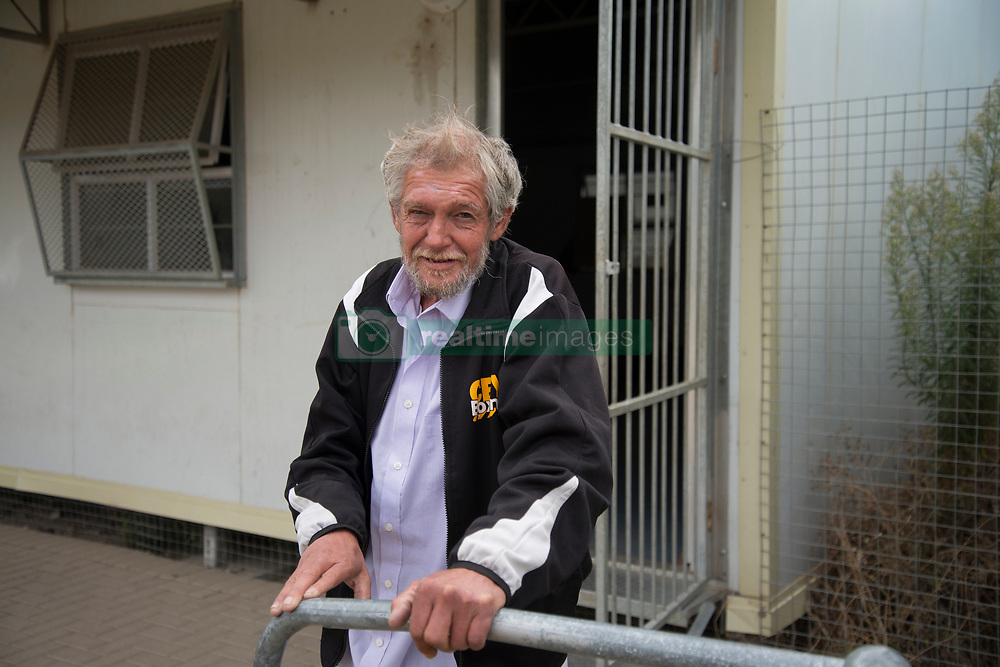