July 3, 2017 - Munich, Bayern, Germany - A frustrated Munich resident holds up signs warning tourists that Pegida Munich is documented as being composed of right-extremeists and neo-nazis. Further frustrations at the fact that Munich citizens don't want to be labeled as Nazis by tourists. Munich's Pegida branch continues provocations at Marienplatz. However, now citizens are on hand to inform tourists (in English) that Pegida, despite presenting themselves as ''normal people from the middle of society'' are actually a collection of monitored neo-nazis, convicted nazi terrorists, and the leader, Heinz Meyer, is currently under federal terrorism watch by the Generalbundesanwalt. Pegida entices tourists to discuss topics with them, presenting themselves as moderates. Police, when asked, are often also evasive of informing tourists that the branch is a right-extremist group. (Credit Image: © Sachelle Babbar via ZUMA Wire) 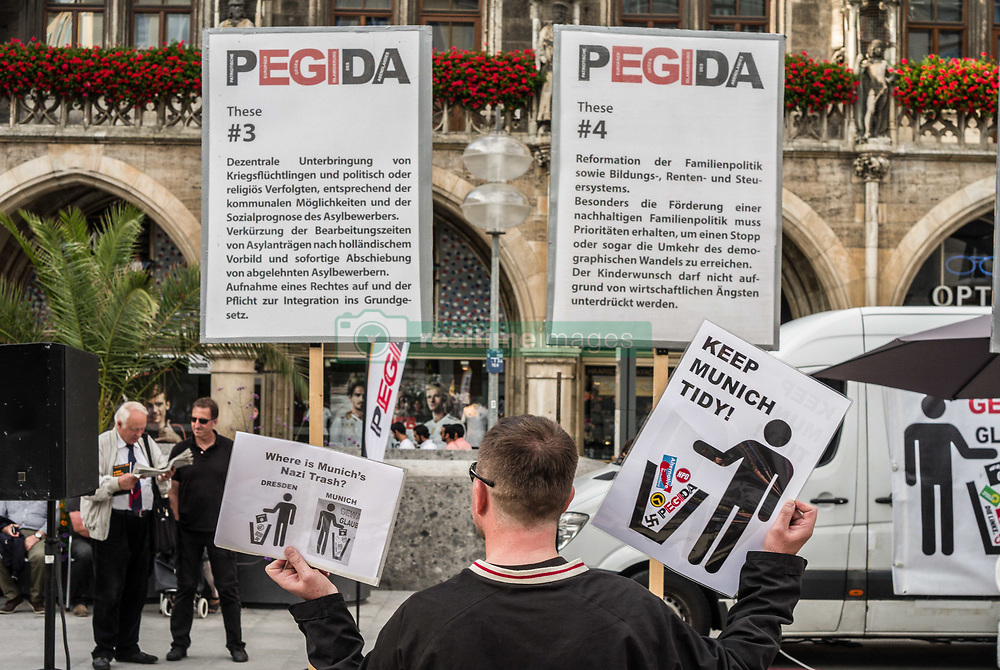