April 3, 2017 - Kfar Chabad, Israel - A woman descends the stairs below a portrait of the 'Rebbe' in '770' in the village of Kfar Chabad. The building is a replica of '770', the Chabad headquarters at 770 Eastern Parkway, Crown Heights, Brooklyn, New York, and includes the exact number of bricks as on the original structure. Chabad Lubavitz is an Orthodox Jewish, Hasidic movement, founded in 1775 and last headed by Rabbi Menachem Mendel Schneerson (1902-1994) who transformed the small Hasidic movement into the largest and most influential Jewish movement in the world. In 1994, the 'Rebbe' was posthumously awarded the Congressional Gold Medal for his ''outstanding and lasting contributions toward improvements in world education, morality, and acts of charityâ (Credit Image: © Nir Alon via ZUMA Wire) 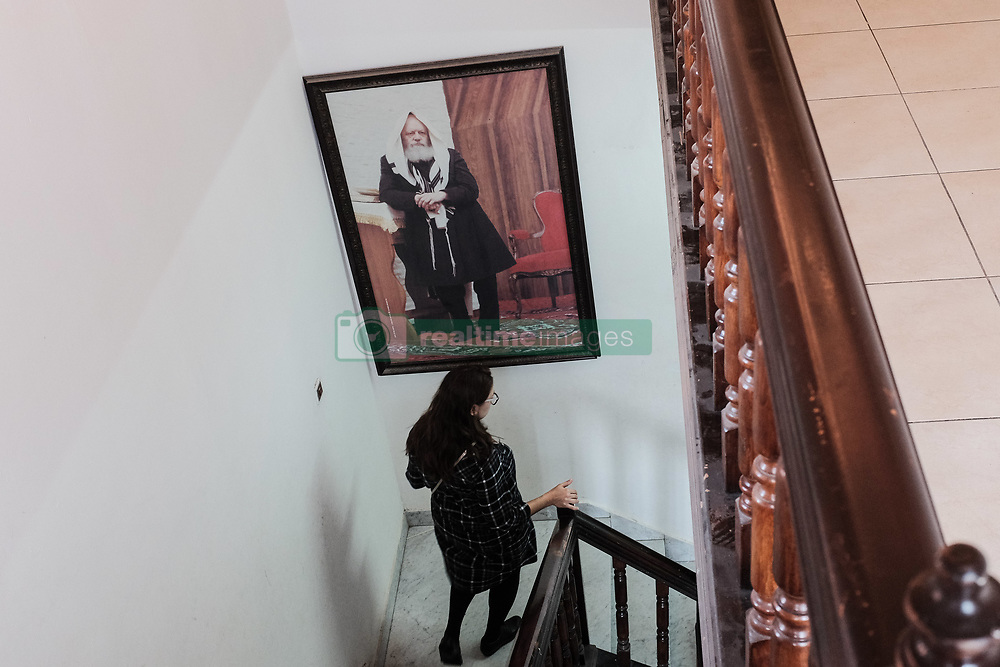