Prayers on the Eid-e-Milad-un-Nabi in Srinagar

November 21, 2018 - Srinagar, Jammu & Kashmir, India - Kashmiri Muslims are seen beseeching for blessings as the head priest (not framed) displays holy relic believed to be a hair from the beard of Prophet Muhammad PBUH at a shrine in Srinagar on the eve of Eid-e-Milad-un-Nab, the birth anniversary of Prophet Muhammad PBUH. Thousands of Kashmiri Muslims were gathered at the shrine in the summer capital of Jammu and Kashmir to offer prayers on the Prophet's birth anniversary. (Credit Image: © Idrees Abbas/SOPA Images via ZUMA Wire) 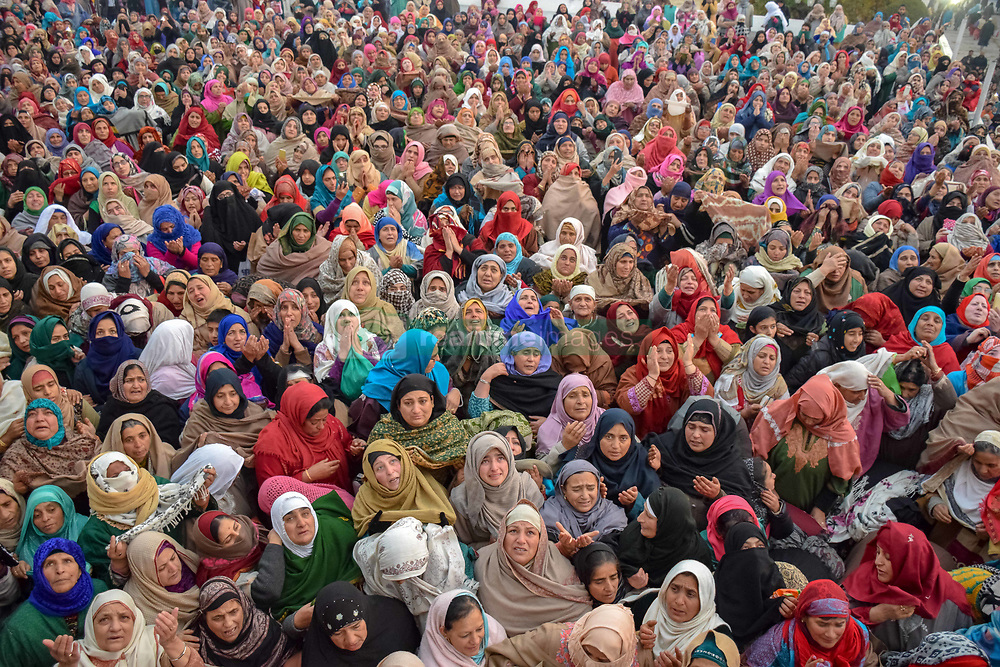