May 26, 2019 - Kiev, Ukraine - Ukrainian devotees of the International Society for Krishna Consciousness (ISKCON) pull the chariot's rope during the Ratha Yatra Festival or Chariot Festival in Kiev, Ukraine, on 26 May, 2019. Rathayatra one of the most important and most colorful holidays in India. Every year in Puri, Orissa, India, more than 500,000 people are celebrating it. For the first time outside of India, Ratha Yatra was in San Francisco in 1967, and since then it is the official holiday of the city. The central element of the walk is Ratha, a magnificently decorated chariot in the form of a dome, which the participants of the action drag along the street with the help of ropes. It symbolizes the path of the soul towards peace and love. It is believed that everyone who takes a rope, lucky in life. Ancient Vedic holiday, Ratha-Yatra, besides India, takes place annually in many world metropolises: New York, London, Berlin, Los Angeles, Amsterdam, Sydney, San Francisco, Paris and Barcelona. (Credit Image: © Str/NurPhoto via ZUMA Press) 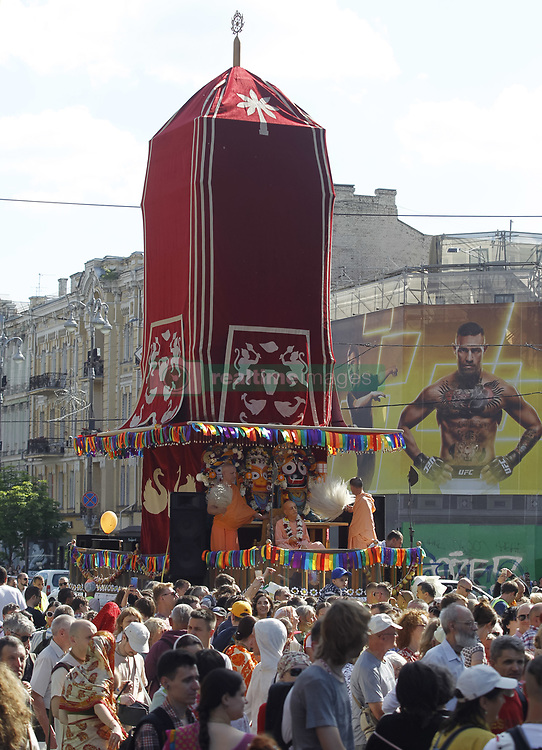