August 29, 2017 - Srinagar, jammu and kashmir, India - A Kashmiri Muslim woman prays on the death anniversary of a famous sufi saint, Mir Syed Ali Hamdani at the shrine of Shah-e-Hamdan situated in the old city of Srinagar, the summer capital of Indian Kashmir on Friday 29-August-2017.The annual Urs of Mir Syed Ali Hamadani, who is known as Shah-e-Hamadan by devotees, was observed with religious fervour today..After night-long prayers and supplications, devotees from all over the Valley thronged â€˜Khanqah-e-Moalaâ€™ - the shrine of the Sufi saint, which is located in the old city on the banks of the Jhelum, throughout the course of the day..The area outside the shrine wore a festive look with roadside vendors selling a whole lot of eatables and other items. Devotees were seen feeding pigeons that are usually present at the shrine in a large numbers..On the occasion, religious heads also threw light on the teachings of Shah-e-Hamadan, who is credited with having spread Islam in the Valley. Shah-e-Hamadan had arrived here in 1384 AD (Credit Image: © Abbas Idrees/Pacific Press via ZUMA Wire) 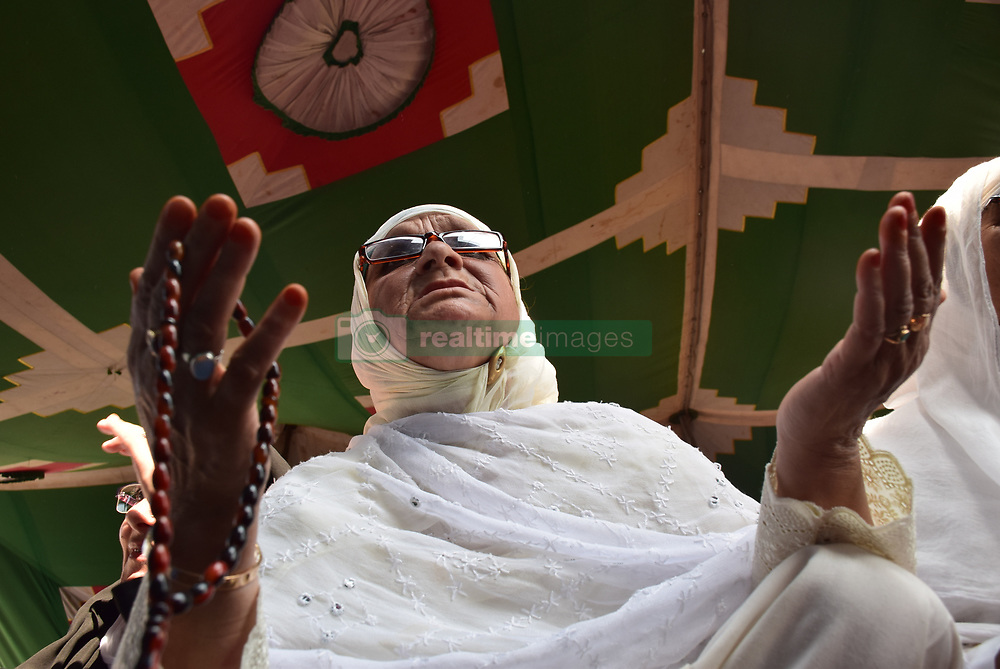