January 30, 2018 - Gaza City, Gaza Strip, Palestinian Territory - Palestinian militants from the Ezzedine al-Qassam Brigades, the armed wing of the Hamas movement carry the body of Hamas senior leader Imad al-Alami during his funeral at the al-Omari mosque in Gaza City on January 30, 2018. A senior Hamas official has died in Gaza three weeks after shooting himself in the head in what officials described as an accident, the Palestinian Islamist group announced. Alami was wounded on January 9 while ''inspecting his personal weapon in his home'' in Gaza, Hamas said at the time (Credit Image: © Ashraf Amra/APA Images via ZUMA Wire) 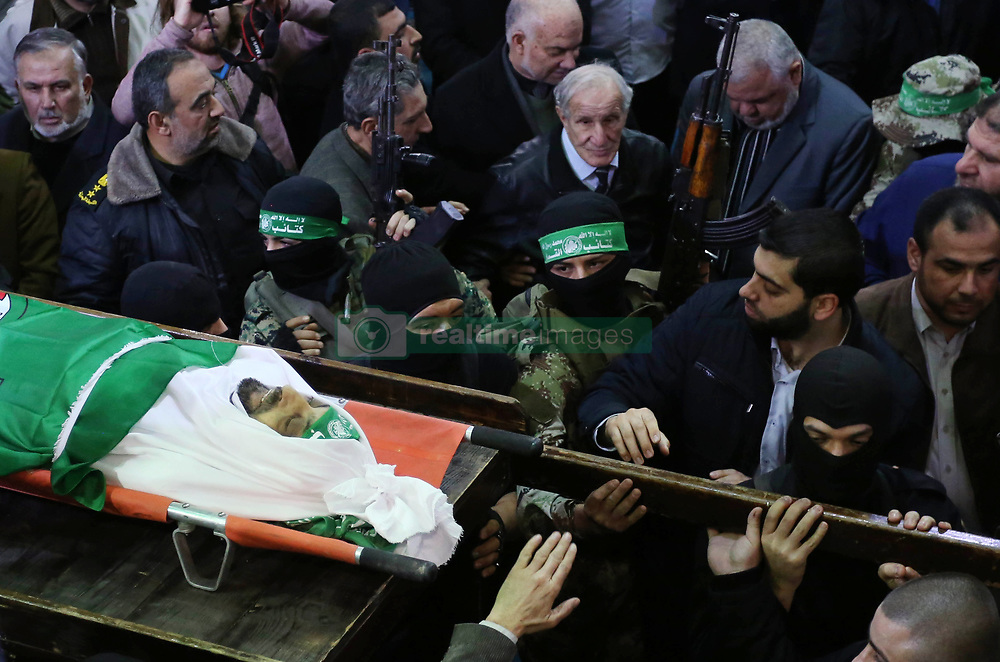