Protest For And Against Brexit In London

March 27, 2019 - London, Greater London, United Kingdom - Pro-EU supporters dressed as clowns with a placard depicting Theresa May stand next to an anti-EU protester outside the Houses of Parliament in London on 27 March, 2019. Today, MPs held a series of indicative votes on alternative Brexit plans following a government defeat in the Commons as parliamentarians took control of the order paper. (Credit Image: © Wiktor Szymanowicz/NurPhoto via ZUMA Press) 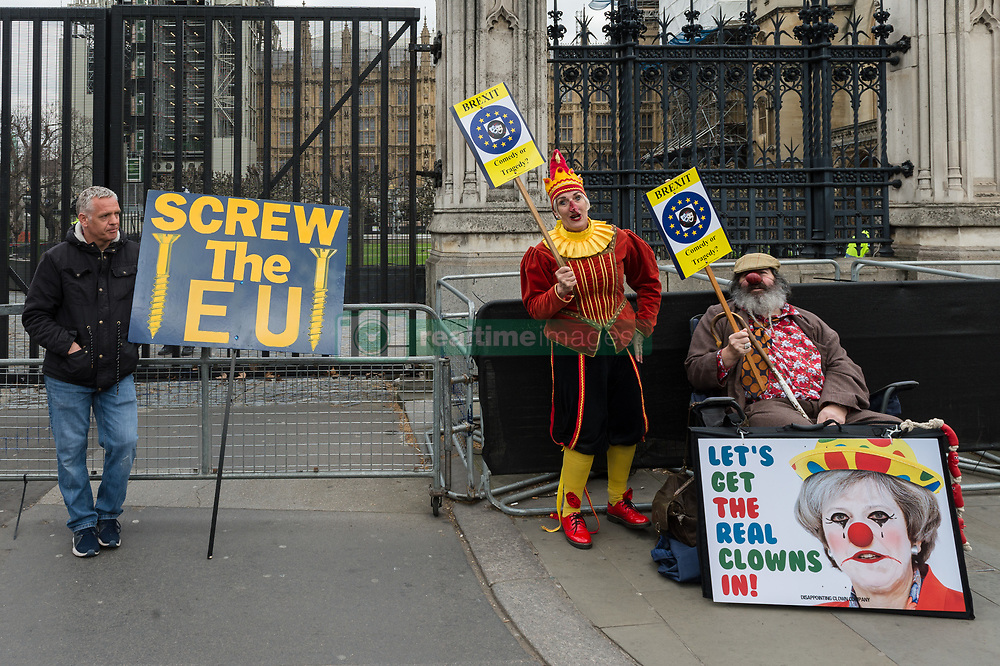