March 30, 2019 - Barcelona, Catalonia, Spain - Barcelona March 30, 2019. The formation of ultra-right ''Vox'' failed at its pre-campaign rally in Barcelona, but announce that the reconquest of Spain begins. While a few meters has gathered hundreds of antifascists who can not get around the police cordon have started to throw objects at the police which has finally charged against them and ended up making seven arrests. (Credit Image: © Charlie PÃ©Rez/NurPhoto via ZUMA Press) 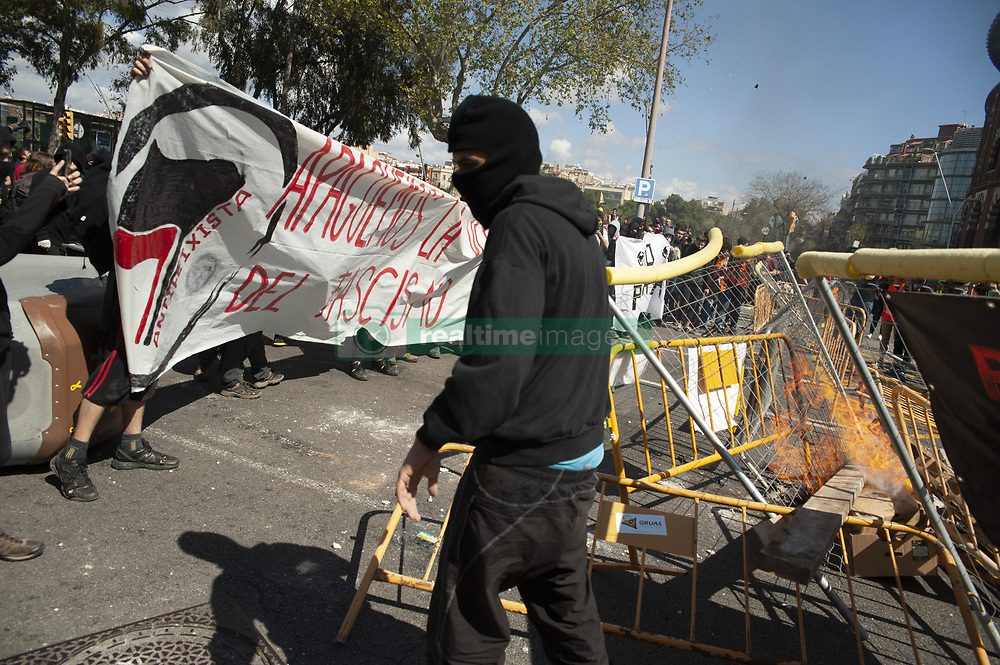