May 6, 2017 - Rome, Italy - Hundreds of people have traveled the streets of Rome to denounce the policy of repression and misery put into effect by the government and carried on by the 5-star Capitol administration. In spite of the Mayor's promise, in fact, the city has not stopped the evictions and repression of migrants, students, activists and poor people who, on Fridays, led to the death of a Senegalese walker. There are so many voices in the square defending the social and cultural spaces from below that can not be considered as a matter of public order. (Credit Image: © Elisa Bianchini/Pacific Press via ZUMA Wire) 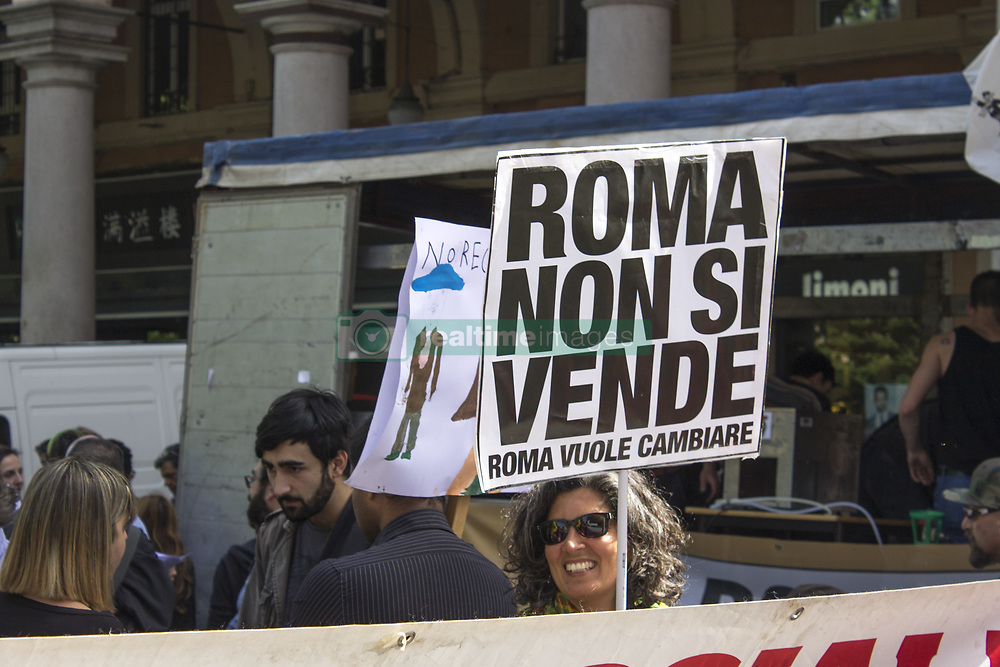