Pic from Dirk Theron/ Magnus News. Pic shows what appear to be dead mangrove tree roots. Shocking images show a bone-dry desert where once boats used to sail on a reservoir as drought continues to rav 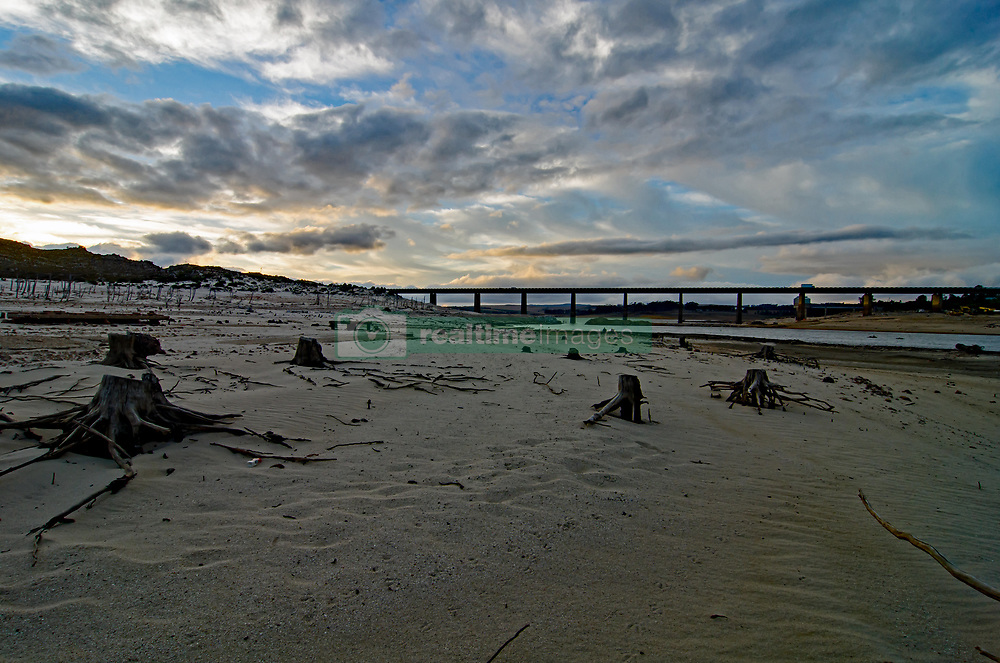