August 19, 2017 - New York City, New York, United States of America - In an effort to inform the community about the encroachment of white supremacy in NYC, as well as the entire nation, a group of citizens organized a demonstration designed to inform the public and engage in discussions with whites, according to their event description. The event was part of a nationwide effort organized by The Majority, led by the Movement for Black Lives. (Credit Image: © Sachelle Babbar via ZUMA Wire) 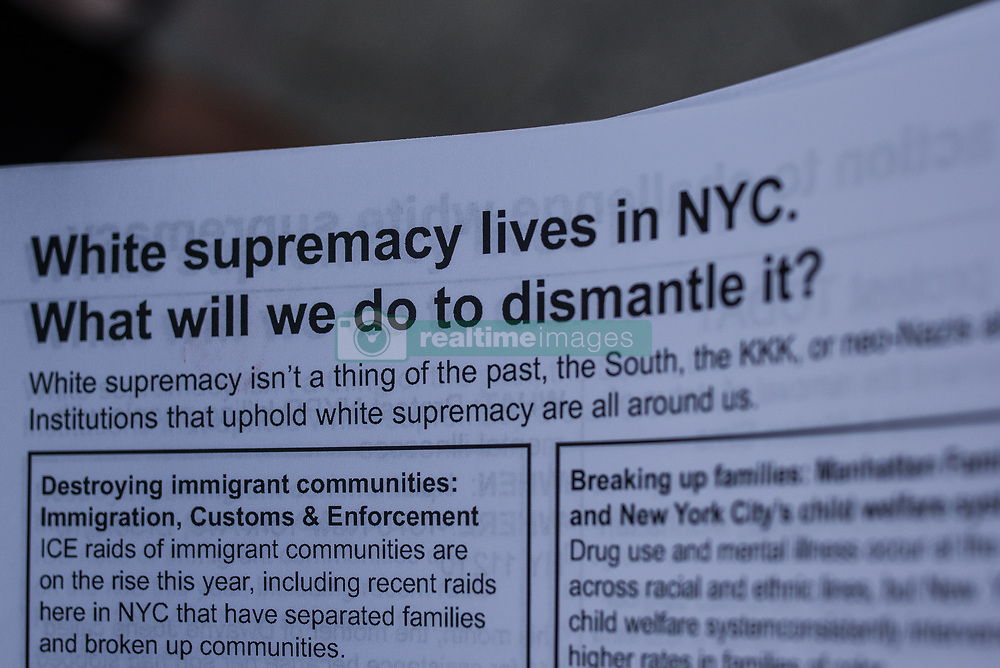