Sept. 11, 2013 - World Trade Center, NY, USA - The US remembering the 12th anniversary of 9/11 where about 3 thousand people were killed in terroristic attack by Al Qaeda. On the morning on September 11, 2001, four civilian aircraft were hijacked, two of them clashed into the Twin Towers in the World Trade Center, causing the collapse of the skyscrapers. The third aircraft was collapsed into the Pentago and the fourth plane, directed against the Capitol or the White House in Washington, was clashed into a field near Shanksville, in Somerset Country (Pennsylvania).....Photo: Marcus DiPaola/NurPhoto (Credit Image: © Marcus Dipaola/NurPhoto/ZUMAPRESS.com) 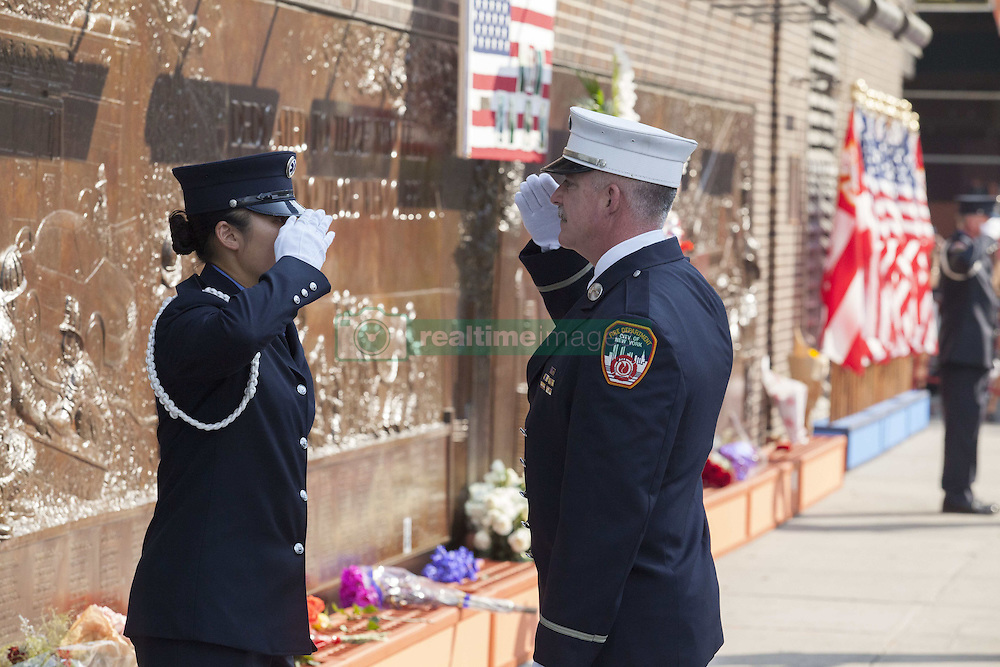