December 17, 2018 - Los Angeles, California, United States - People attend a vigil in memory of Jakelin Caal a 7-year-old Guatemalan girl who died while in U.S. Border Patrol custody. Los Angeles, California on December 17, 2018. Jakelin Caal and her dad were part of a group of migrants who crossed illegally from Mexico into the United States and turned themselves in to Border Patrol. Shortly after being taken into custody, Caal began having seizures and went into cardiac arrest and later died. (Credit Image: © Ronen Tivony/NurPhoto via ZUMA Press) 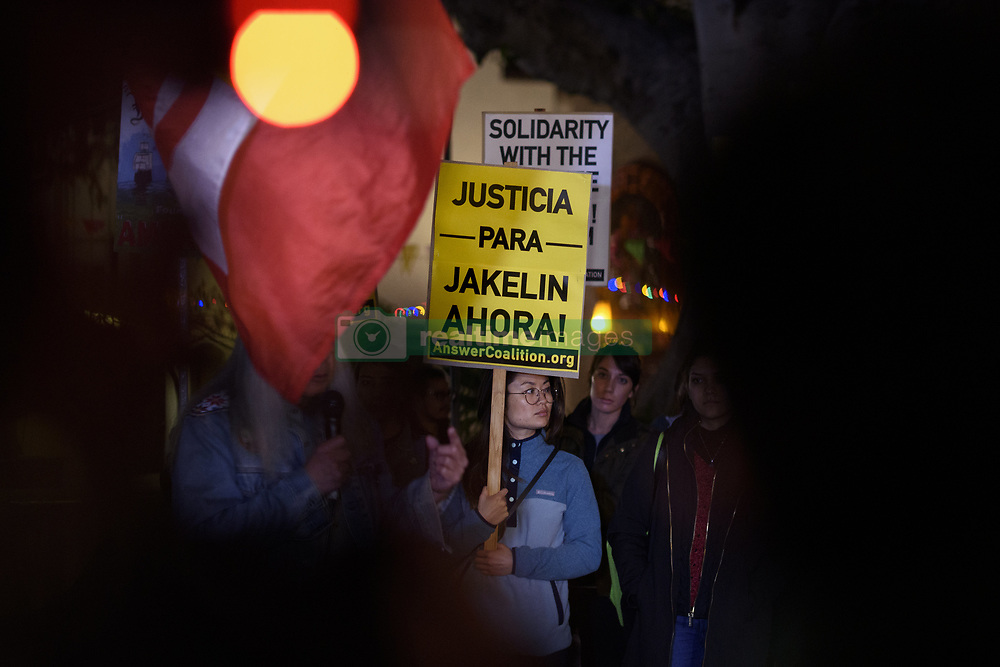