Nuclear shelter being installed in the backyard of an American house 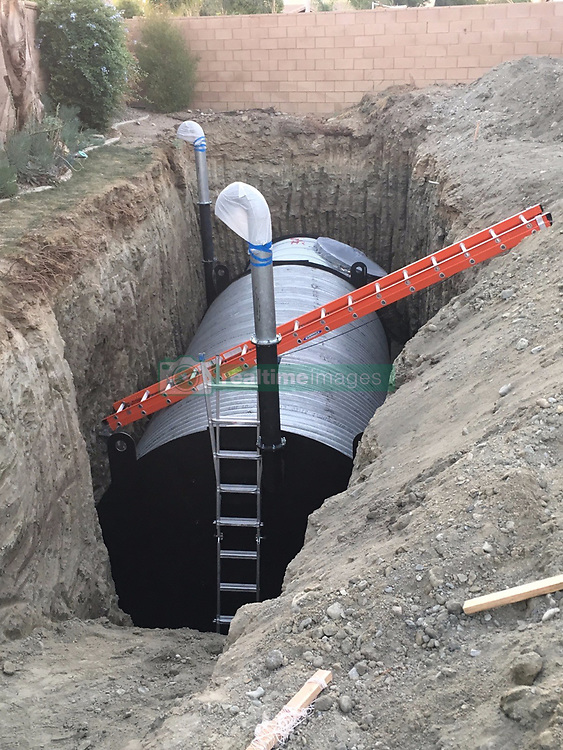