*PREMIUM EXCLUSIVE NO WEB UNTIL 1230 EST 6TH FEB* Demi Lovato and Machine Gun Kelly have sparked romance rumors after they were spotted leaving Soho House, in LA, together. Demi and MGK left Soho House at 2 A.M. in the morning. Demi got into her SUV, while MGK got into his two-door Aston Martin convertible. MGK followed Demi in her car and the duo were seen heading in the direction of her condo after Soho House. Demi, 27, was last romantically linked to Austin Wilson. They broke up in December 2019 following a brief romance. The singer's last long term romance was with Wilmer Valderrama and lasted almost six years. They met when she was 17 in 2010 and began dating when she turned 18. In early January, 29-year-old rapper MGK sparked romance rumors with his best friend Pete Davidson's ex Kate Beckinsale. The two had the internet going crazy after the entertainers were spotted leaving a Golden Globes after-party together. MGK previously sparked dating rumors with singer Halsey in 2017, and prior to that, he dated Amber Rose in 2015. The rapper currently has one daughter, Casie, 11, with his ex Emma Cannon. 05 Feb 2020 Pictured: Demi Lovato, Machine Gun Kelly. Photo credit: MEGA TheMegaAgency.com +1 888 505 6342 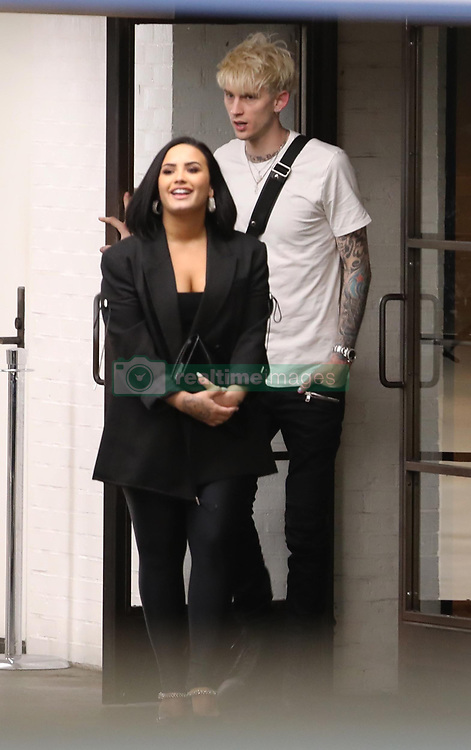