August 9, 2017 - SÃ¢O Paulo, SÃ£o Paulo, Brazil - SAO PAULO SP, SP 09/07/2017 INDIAN PROTESTS IN SP: Indians protest in the free space of the Masp on Wednesday afternoon (9) in SÃ£o Paulo. On August 16, the Federal Supreme Court (STF) will judge three actions On demarcation of indigenous lands that may be decisive for indigenous peoples in Brazil. Ministers' decisions could have consequences for demarcations across the country. That is why, from now on, indigenous people reinforce a series of mobilizations for their rights. (Credit Image: © Cris Faga via ZUMA Wire) 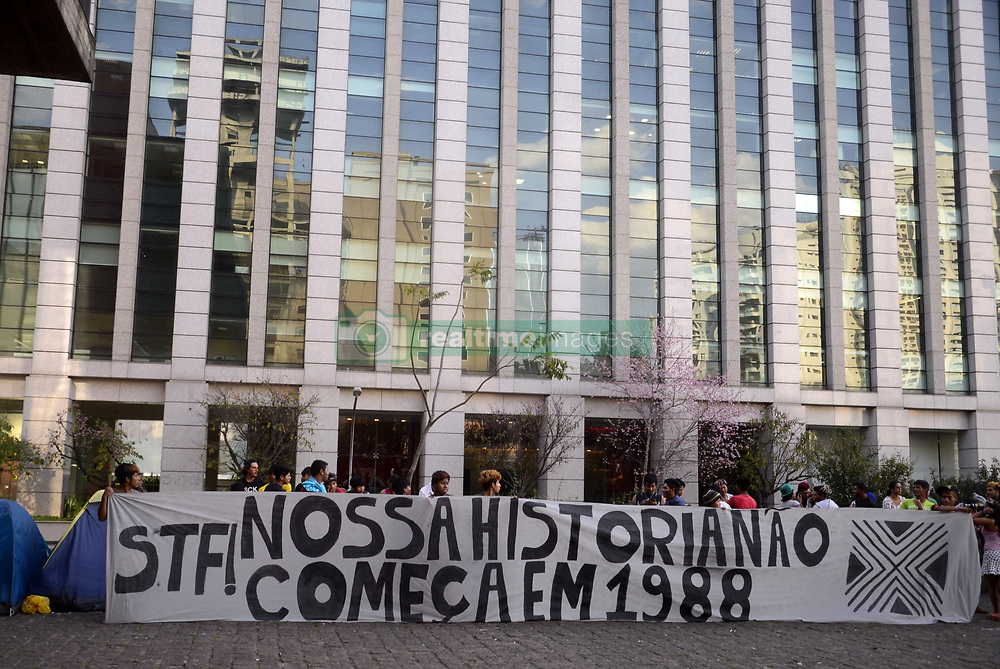