May 5, 2017 - Wilmington, DE, United States of America - Fellow troopers carry the casket of Corporal Stephen J. Ballard during his funeral services held at the Chase Center On The Riverfront in Wilmington Delaware. Ballard was gunned down Wednesday April 26, 2017 in a Bear-area Wawa parking lot when he approached a suspicious vehicle and the passenger jumped out and began firing at him. Ballard fell after being hit, and the shooter continued to fire rounds into the trooper before fleeing to his family's Middletown-area home. (Credit Image: © Saquan Stimpson via ZUMA Wire) 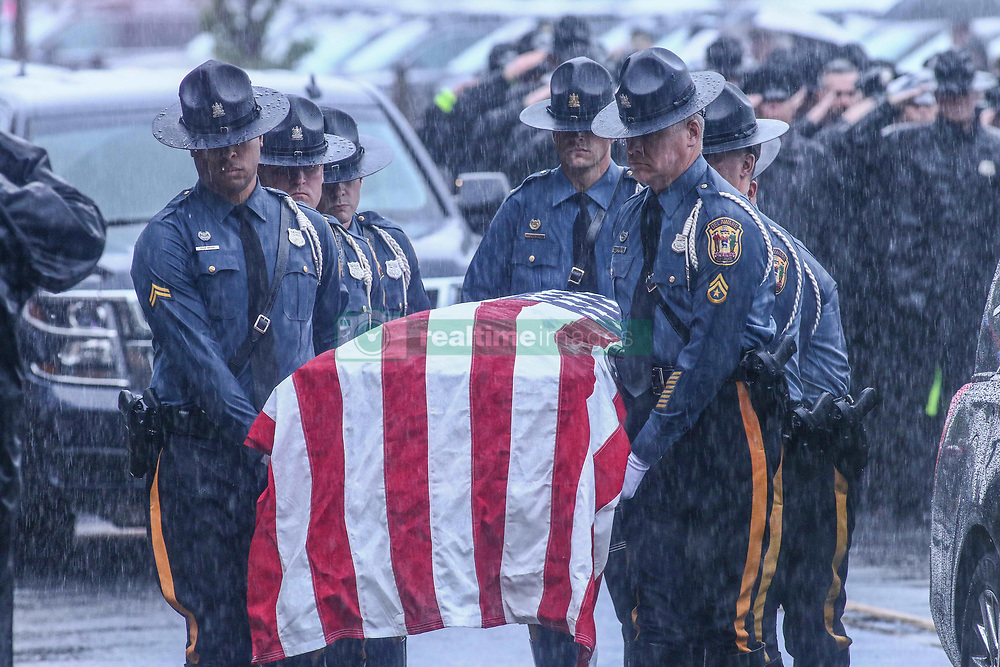