June 16, 2017 - Kilis, Turkey - Thousands of refugees walked back home into Syria from Turkey on June 16 ahead of the Eid festival that marks the end of the Muslim holy month of Ramadan. Turkey has taken in some 3 million Syrian migrants since the start of civil war in 2011, making it home to the world's largest refugee population. Now Ankara is giving Syrian refugees the right to return to Turkey within a month if they want to go home to celebrate the Eid al-Fitr holiday. Some said they wanted to start again in their homeland, and would return within the month if it did not work out, while others said they wanted to return to Syria for good, citing the difficulty of finding employment in Turkey. (Credit Image: © Dha/Depo Photos via ZUMA Wire) 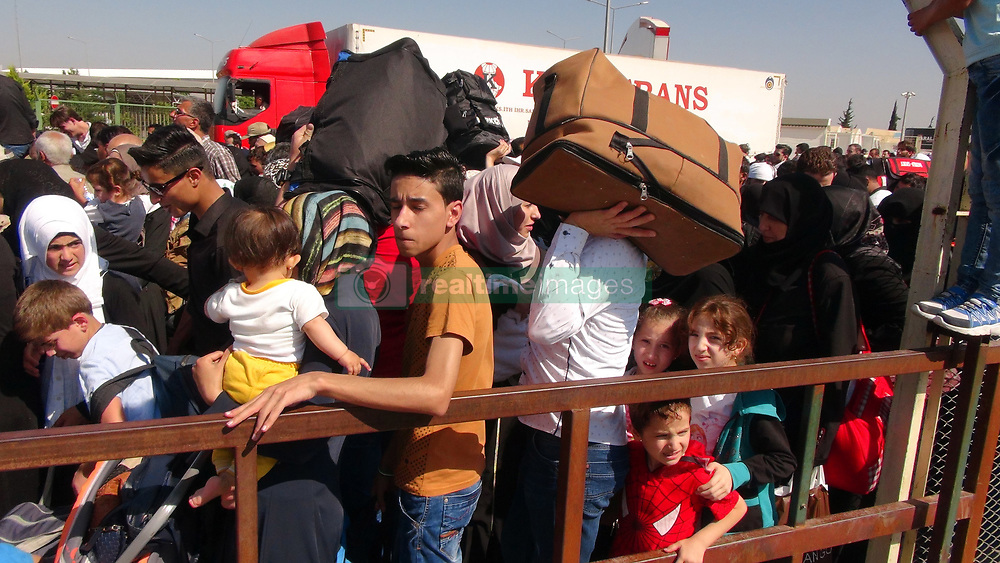