June 11, 2017 - Srinagar, Jammu and Kashmir, India - Family members and the pro-independence group leaders hold a banner as they shout pro-freedom slogans in front of the Grave of Tufail Matoo 17 year old school boy on his 7th death Anniversary at the Martyrs graveyard in Srinagar on June 11,2017.Tufail Matoo 17 year old school boy,who was allegedly killed by indian police on june 11 2010 when he was returing from tutions and a tear smoke shell hit his head and dies on the spot,Tufail's Killing sparked a new wave of Anti-India protests in the kashmir region resulting in killing of more than 100 people in 2010. (Credit Image: © Syed Shahriyar/NurPhoto via ZUMA Press) 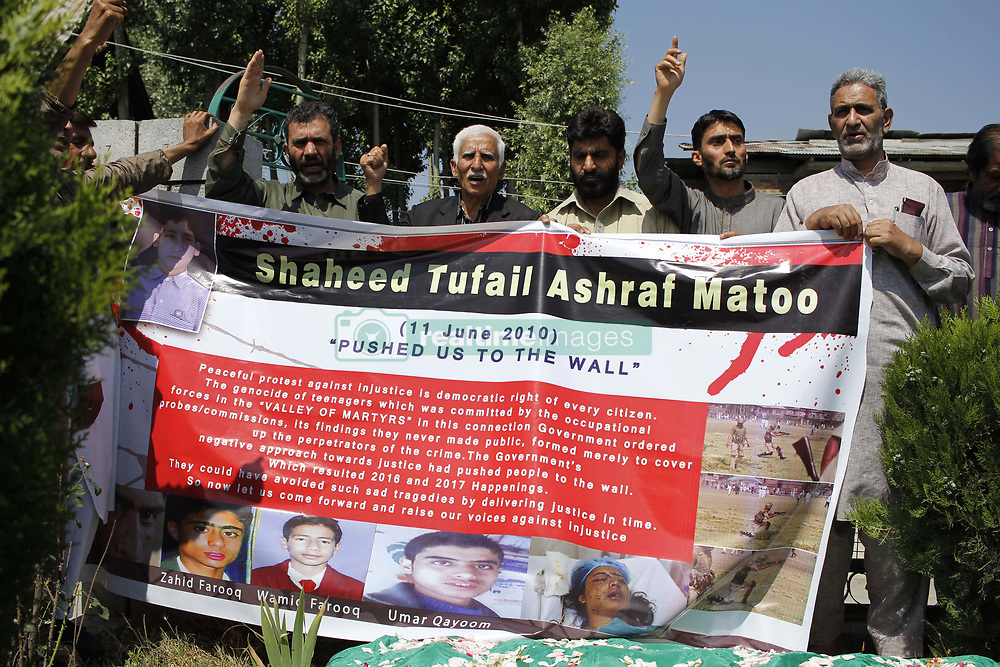