Jan 8, 2016 - Namibia - Kulala Desert Namibia. Namib Desert on the 27 000-hectare (67 000-acre) private Kulala Wilderness Reserve. Namibia officially the Republic of Namibia is a country in southern Africa whose western border is the Atlantic Ocean. It shares land borders with Zambia and Angola to the north, Botswana to the east and South Africa to the south and east. Although it does not border Zimbabwe, a part of less than 200 metres of the Zambezi River (essentially a small bulge in Botswana to achieve a Botswana/Zambia micro-border) separates the two countries. Namibia gained independence from South Africa on 21 March 1990, following the Namibian War of Independence. Its capital and largest city is Windhoek, and it is a member state of the United Nations (UN), the Southern African Development Community (SADC), the African Union (AU), and the Commonwealth of Nations. (Credit Image: © Airbus DS/Airbus DS via ZUMA Wire/ZUMAPRESS.com) 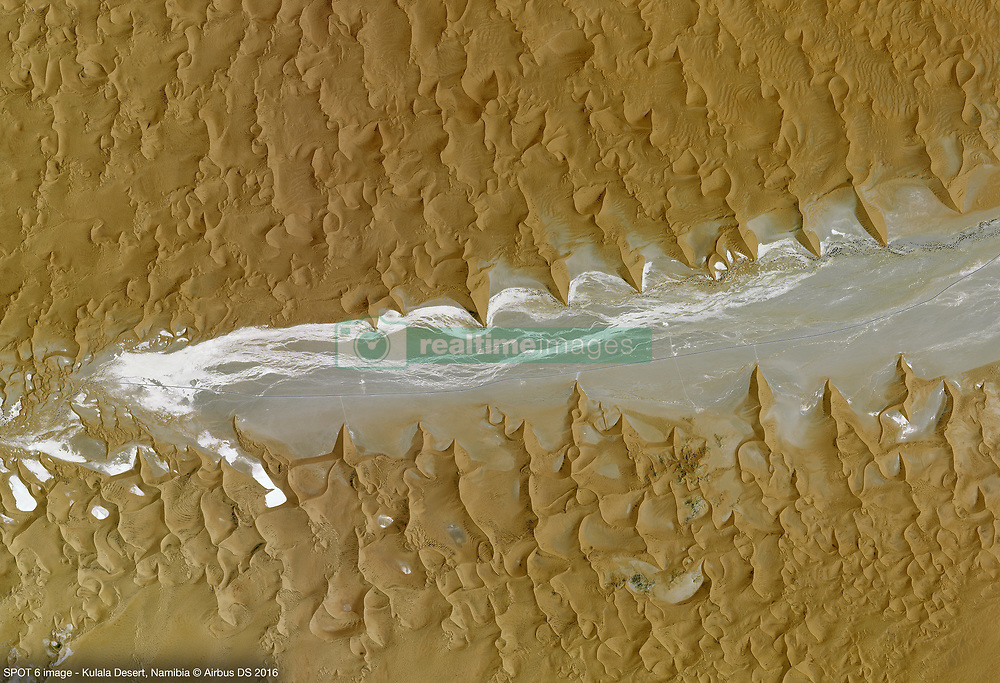