Pic from Magnus News Agency/ @aasjord_photo. Pic shows a Svein’s family home where he can photograph the whale from in Kaldfjord, Norway. You ORCA look behind you, this incredible photo shows a dive 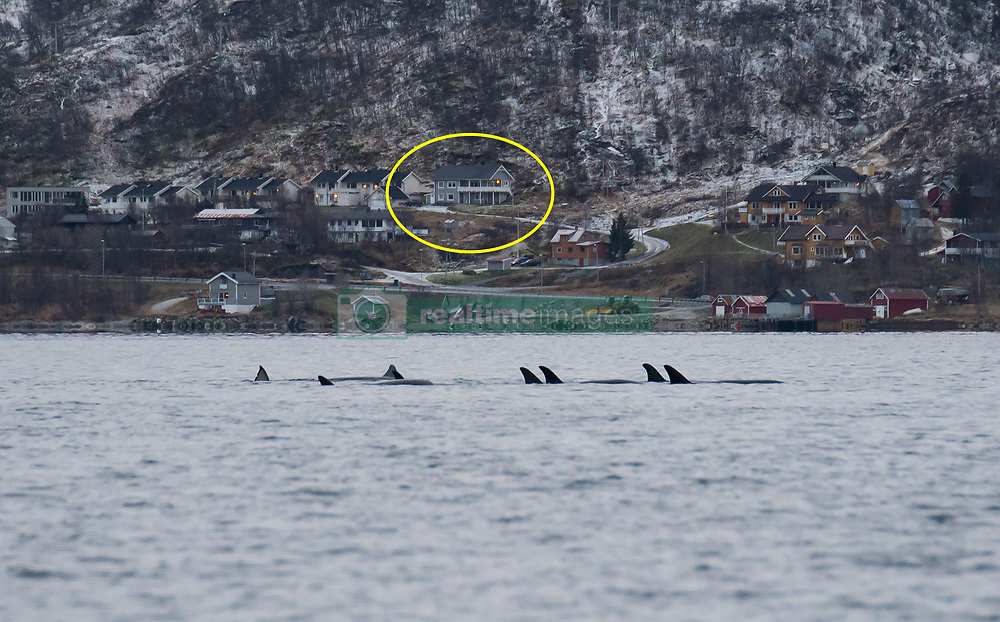