May 10, 2017 - Penang, Malaysia - A devotee put a golden paper onto Buddha statue during Vesak day in Penang, Malaysia, on May 10,2017. Buddhists around the world have celebrate Vesak ,one of the most important day in Buddhist calendar informally known as Buddha 's birthday, it commemorates the birth, enlightenment and the death of Buddha, Siddhartha Gautama.Buddhist scriptures state that each occurred on the full moon of the Indian lunar month of Vesakha.Buddhists celebrate Vesak every year on the day of full moon in May. (Credit Image: © Shaiful Azre/NurPhoto via ZUMA Press) 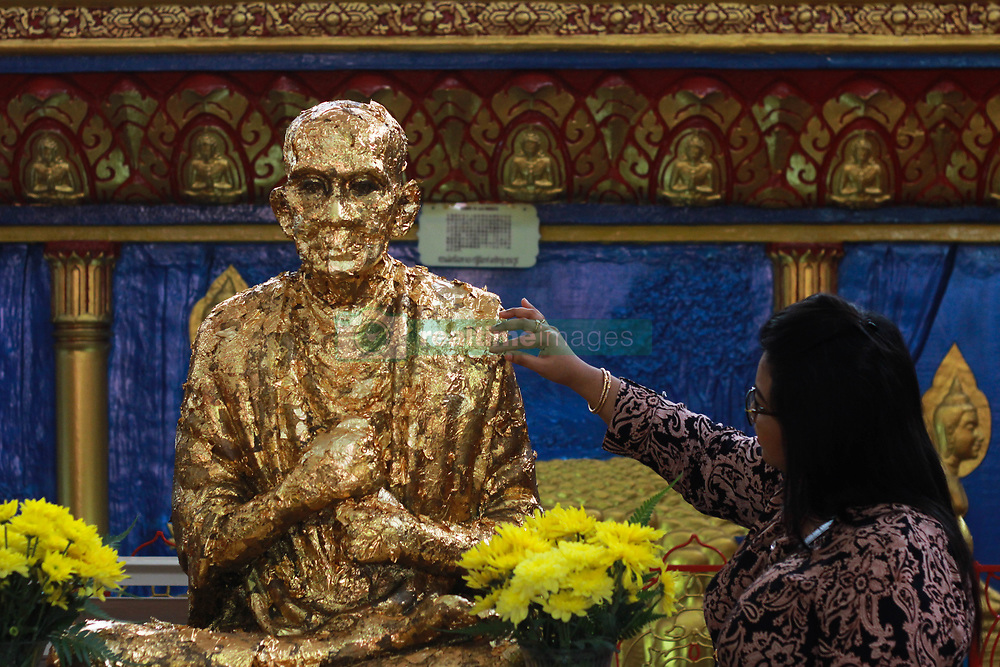