October 5, 2018 - The body of 12-year-old Faras Hafez Assarsawei in the Shifa hospital in Gaza City who died after being shot by Israeli Security Forces during demonstrations on the east of Gaza City on 5rd October 2018. Thousands of Palestinians attended the Great March of Return rally at different sites along the Gaza-Israeli border this Friday and according to the Gaza Health Ministry three Palestinian protesters were killed today as a result of Israeli live fire, while over a hundred were injured by Israeli live ammunition and tear gas fired at the them by the Israeli army. At least 193 Palestinians have been killed and over 21,000 have been injured since the Great March of Return protests started on March 30th (Credit Image: © Ahmad Hasaballah/IMAGESLIVE via ZUMA Wire) 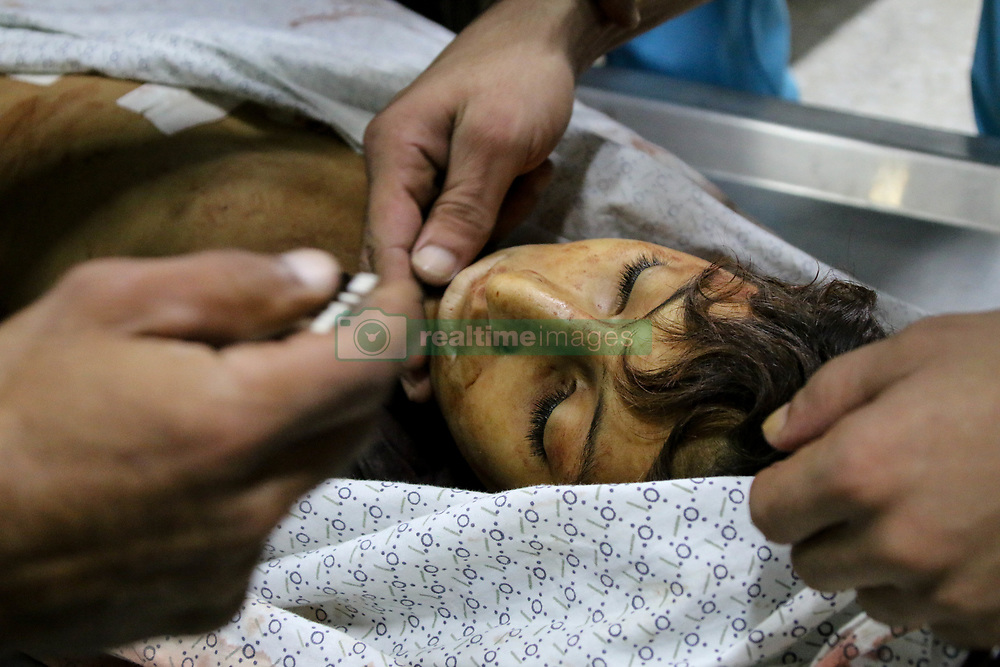