December 17, 2018 - Shweika, West Bank, Occupied Territories - Clashes occur between Palestinian youths and the Israeli forces in the Shweika village near Tulkarem, as dozens of Israeli soldier raided the town. During the raid, the Israeli security forces demolished the family home of Ashraf Naalwa, a Palestinian suspected of carrying out a shooting attack killing two Israeli settlers in October. Naalwa was killed last Thursday by Israeli forces who surrounded the house where he was believed to be hiding, and shot and killed the man (Credit Image: © Mohammed Turabi/IMAGESLIVE via ZUMA Wire) 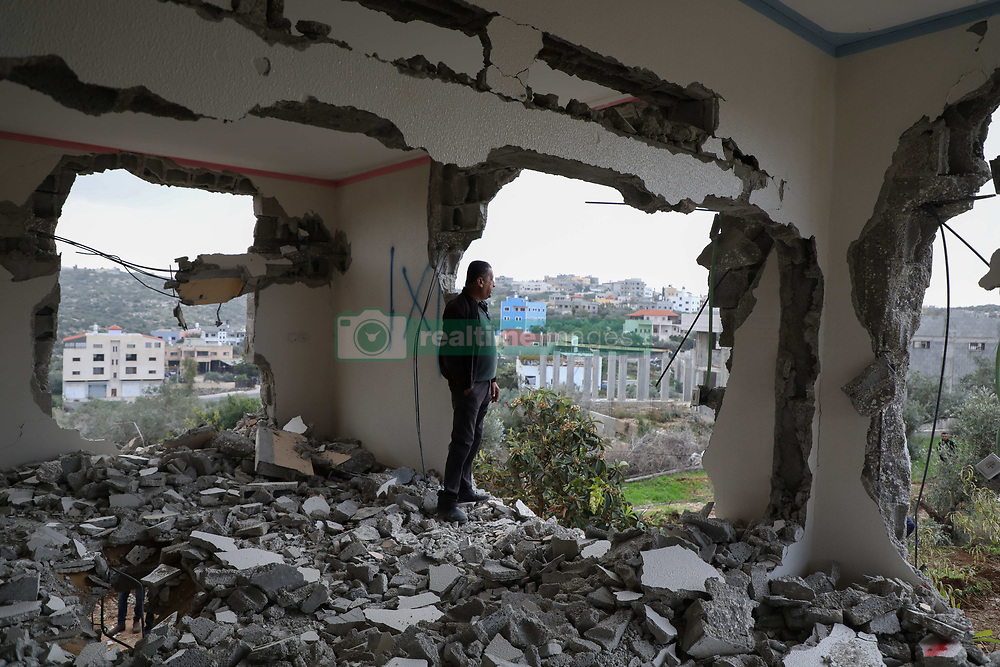