April 26, 2018 - Barcelona, Catalonia, Spain - ''Mr. judges you should suffer the same experience to differentiate between abuse and rape'' is written on a placard during the protest. Barcelona joins the protests in different Spanish cities for the resolution of a multiple violation trial in the last San Fermin celebration, on July 2017. A girl, 18 years old, was forced to have sex with a team of friends (5 men) called himselfs as ''La Manada'' and fell in shock. She was recorded in different videos they send to their friends, and they leave the girl naked and without her mobile to call someone for help. The case became mediatic and the resolution has been too benevolent with the 5 boys and very unpopular, mostly for women who claim their right to go alone without being sexually assaulted. This case is added to another one of rape and murder in San Fermin years before. The killer is in probation and working as a psychologist after only few years. (Credit Image: © Laura Calonge/SOPA Images via ZUMA Wire) 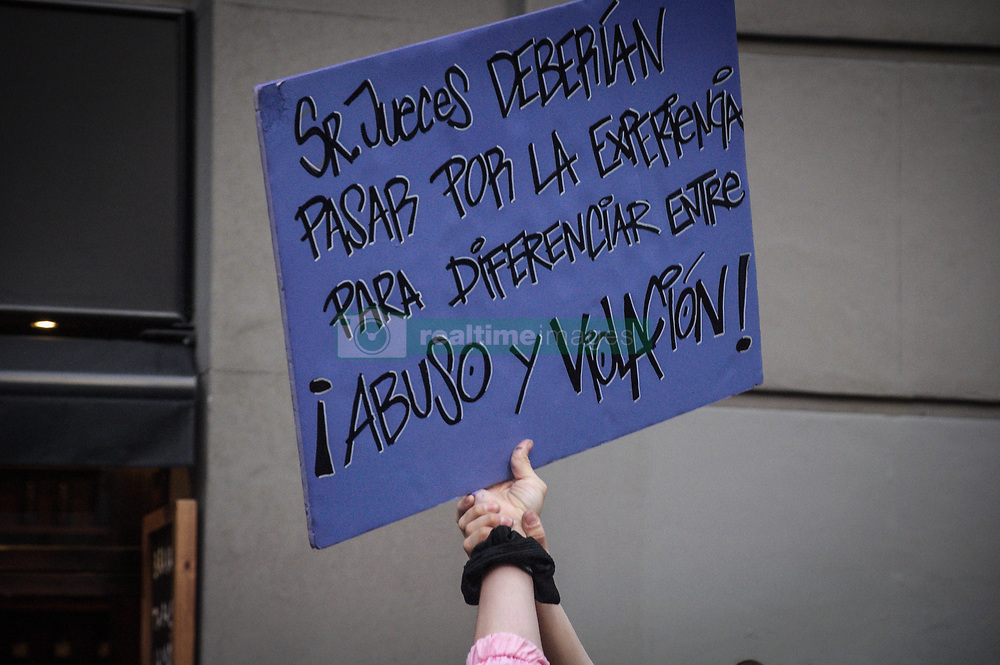