September 24, 2017 - Prague, Czech Republic - Tomas Berdych and Marin Cilic of Team Europe during there mens doubles match between John Isner and Jack Sock of Team World on the final day of the Laver cup on September 24, 2017 in Prague, Czech Republic. The Laver Cup consists of six European players competing against their counterparts from the rest of the World. Europe will be captained by Bjorn Borg and John McEnroe will captain the Rest of the World team. The event runs from 22-24 September. (Credit Image: © Robert Szaniszlo/NurPhoto via ZUMA Press) 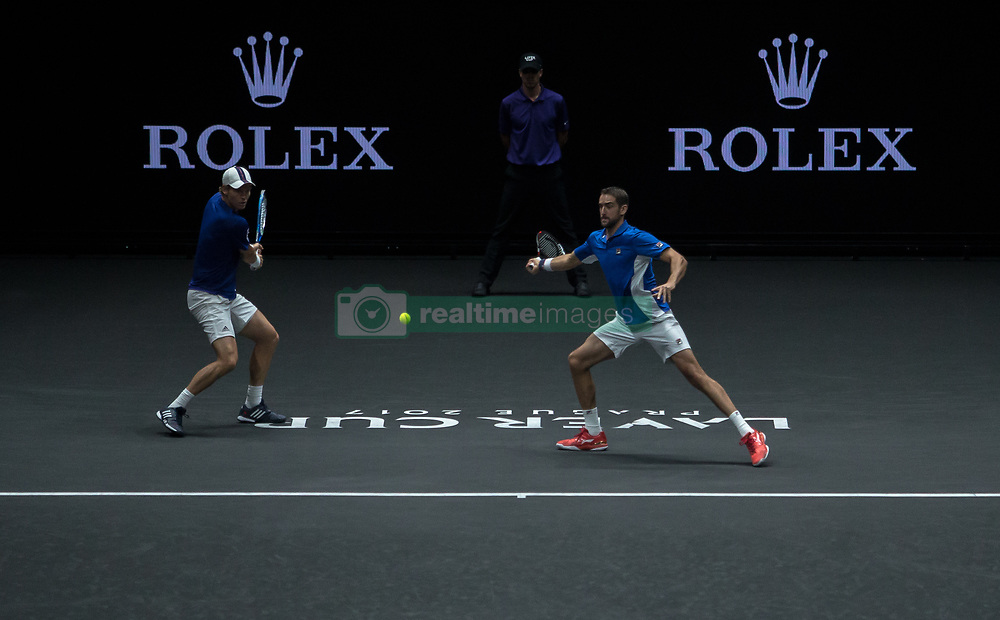