April 14, 2018 - Srinagar, J&K, India - A Kashmiri Muslim woman prays on the occasion of the Islamic festival Shab-e-Meraj at Hazratbal Shrine in Srinagar, Indian administered Kashmir. Shab-e-Meraj, the night when the Holy Prophet Muhammad (PBUH) ascended to the highest levels of heavens, is being observed across the Kashmir valley with religious devotion and traditional fervor. The main gathering was held at the revered Hazratbal shrine where thousands of people from various parts of the Valley gathered for the nightlong prayers and for catching a glimpse of the holy relic of Prophet Muhammad (Credit Image: © Saqib Majeed/SOPA Images via ZUMA Wire) 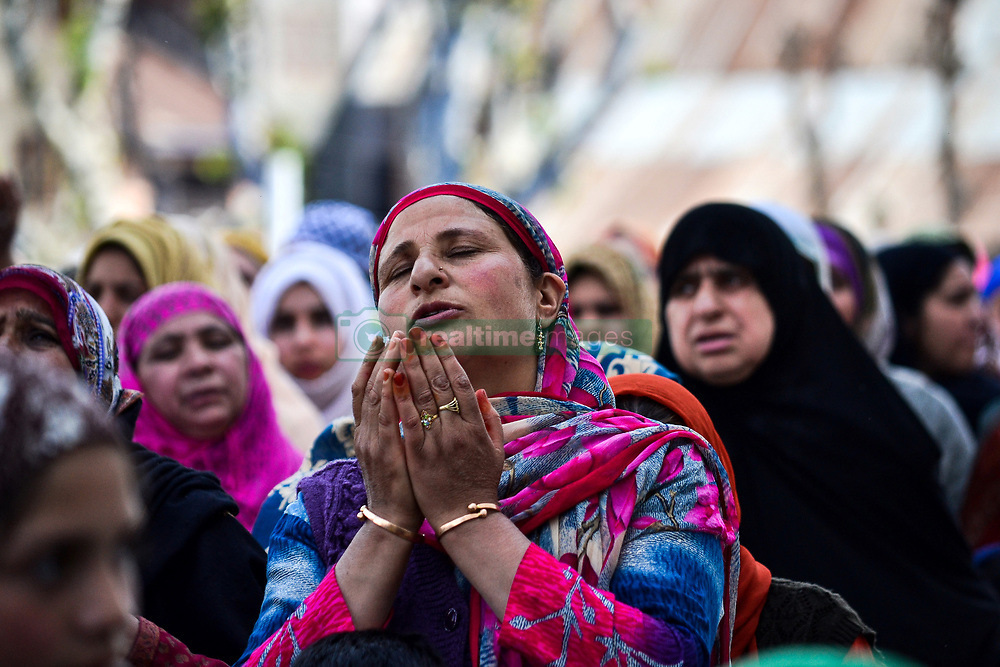