November 26, 2016 - Cuban Politician and Revolutionary FIDEL CASTRO has died at the age of 90, Cuban state television announced on Saturday, ending an era for the country and Latin America. Pictured: Jan 10, 2004; Havana, CUBA; Fidel Alejandro Castro Ruiz (born August 13, 1926) has been the ruler of Cuba since 1959, when, leading the 26th of July Movement, he overthrew the regime of Fulgencio Batista. In the years that followed he oversaw the transformation of Cuba into the first Communist state in the Western Hemisphere. Cuban President FIDEL CASTRO meets with a delegation of South Carolina elected officials and businessmen on Friday January 9, 2004 and into Saturday; their visit was designed to establish agricultural trade with the island nation. (Credit Image: Â© Wade Spees/The Charleston Post and Courier/ZUMA Press) 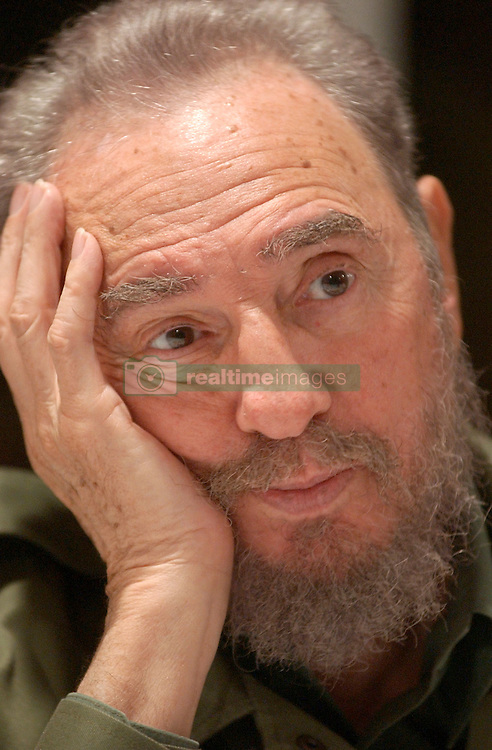