Houses of Rohingyas are burning in Myanmar

September 10, 2017 - Unspecified, Myanmar - There are more than 30000 rohingya taken the shelter in leda camp within last weeks. Most of new comer rohingya muslims claimed that, their houses has burned and relatives or family member was killed by myanmar militants which forced them to take shelter in Bangladesh. In the leda camp its easy to watch their mother land from the hills, few of rohingya spend plenty of times by staring to the border of myanmar beside of leda camp. On the 10 th september a large number of young rohingya found on the hill top behind the refugee camp; they were staring to their relatives' houses locates beside the border of the two countries, few of them were calling the relatives from the hill to know their situation. (Credit Image: © Masfiqur Sohan/NurPhoto via ZUMA Press) 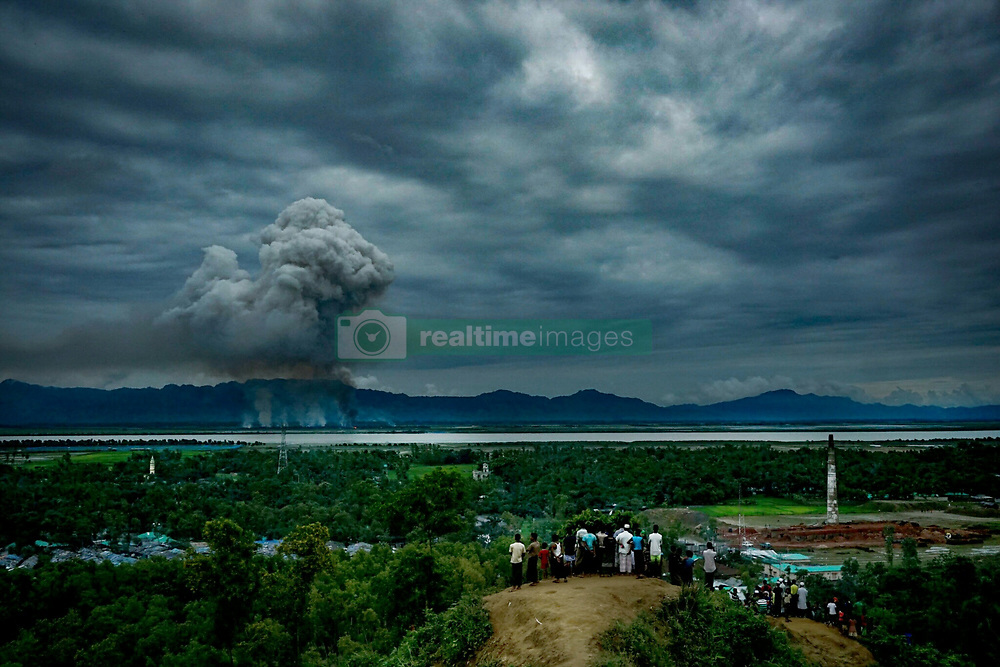